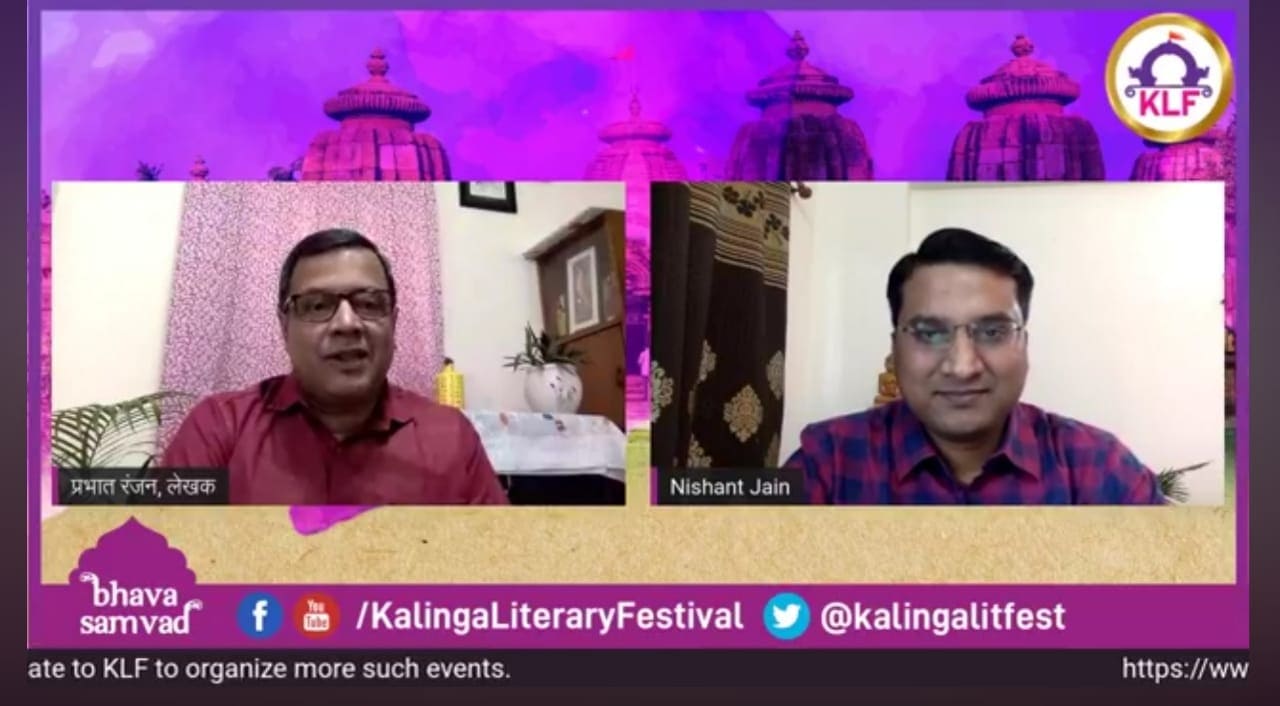 In the session ”Ruk Jaana Nahi’ and Non-Fiction Writings In Hindi’, the discussion had the writer, bureaucrat Nishant Jain in conversation with Hindi novelist Prabhat Ranjan. Speaking about his inclination towards non-fiction writing, he said, “I wrote non-fiction instead of fiction. Vivekananda said we need not m have Dharm; we need sports, literature, commerce, business.” He also quoted on the multidisciplinary approach in academic curriculum.

Nishant announced his upcoming book based on the principles of Mahavir for youth Yuvaon Ke Liye Mahavir-Jeevan Ke Anokhe Mantra’ inspired from Gandhian ideology. The book will be published by Penguin Random House in both Hindi and English languages.

Followed by this, another session on ‘Usne Gandhi Ko Kyun Mara’, a book by Ashok Kumar Pandey. The conversation was moderated by Vandana Rag. Ashok expressed over the discussion that, Gandhi’s swaraj included Hindu, Muslim, Sikh. He supported minorities. “Gandhi always supported the idea of walking together. The formula given by Ambedkar about corruption in constitution is taken from Gandhi’s formula in Poona pact.

Nathuram Godse, Gopal Godse, Narayan Apte, Vishnu Karkare, Digambar bhadge are prime characters. They didn’t know how to use arms and ammunition. They were not trained criminals. They were affected by a poisonous idea,” he said.

The following session was on the Gandhi’s idea of cleanliness- ‘Gandhi Jee Aaur Swachhta-Ek Vimarsh’ having the Director of Ministry of Jal Shakti, Government of India Yugal Joshi and author, columnist Atul K Thakur. Throwing light on Gandhi’s idea of Swachhta, Yugal said, “Gandhi’s simplicity in his words are his strength

He is as fundamental as air and water. Gandhis biggest inspiration for cleanliness is Ooka ( the cleaner in Gandhi’s house). Gandhiji was called as Monia in childhood. Monia’s mother put a bucket of water on him after he came back after playing with Ooka as he was untouchable. Ookas story turned Gandhi into Mahatma- a warrior for non violence and cleanliness, removing all the differences.”

“Gandhi urged Indians to adopt cleanliness habits in South Africa. He raised his voice against state of Indians in South Africa. Gandhi wrote in Indian opinion, “I’m sure that any ignorance to unhygienic condition could lead to epidemic and Indians are not responsible for it.”,” quoted Yugal.

The KLF, a pioneer in changing the perception of art and literary meet and discourse in India, has been a frontrunner in bringing transformational changes to such events. KLF Bhava Sambad intends to connect various kinds of audiences by touching all issues in and around human lives and emotions such as happiness, sufferings, human solidarity, literary dialogues, spirituality, public policy, feminism, poetry and human consciousness, human emotions in storytelling, children literature , art world in post-Covid19 world et al.

Speaking about the initiative, Mr Rashmi Ranjan Parida, founder of the KLF said, “Gandhi ji is perhaps the only figure in the 20th century world whose profound and formative influence is palpable in every sphere of life education, politics, religion, ethics, social institutions, business and commerce and so on. A man of cosmopolitan attitude, he believed in the doctrine of civil disobedience and passive resistance. He still remains as the symbol of courage, righteousness, justice, love and compassion. KLF celebrates Gandhian thoughts and relevance of his philosophy across the globe..”