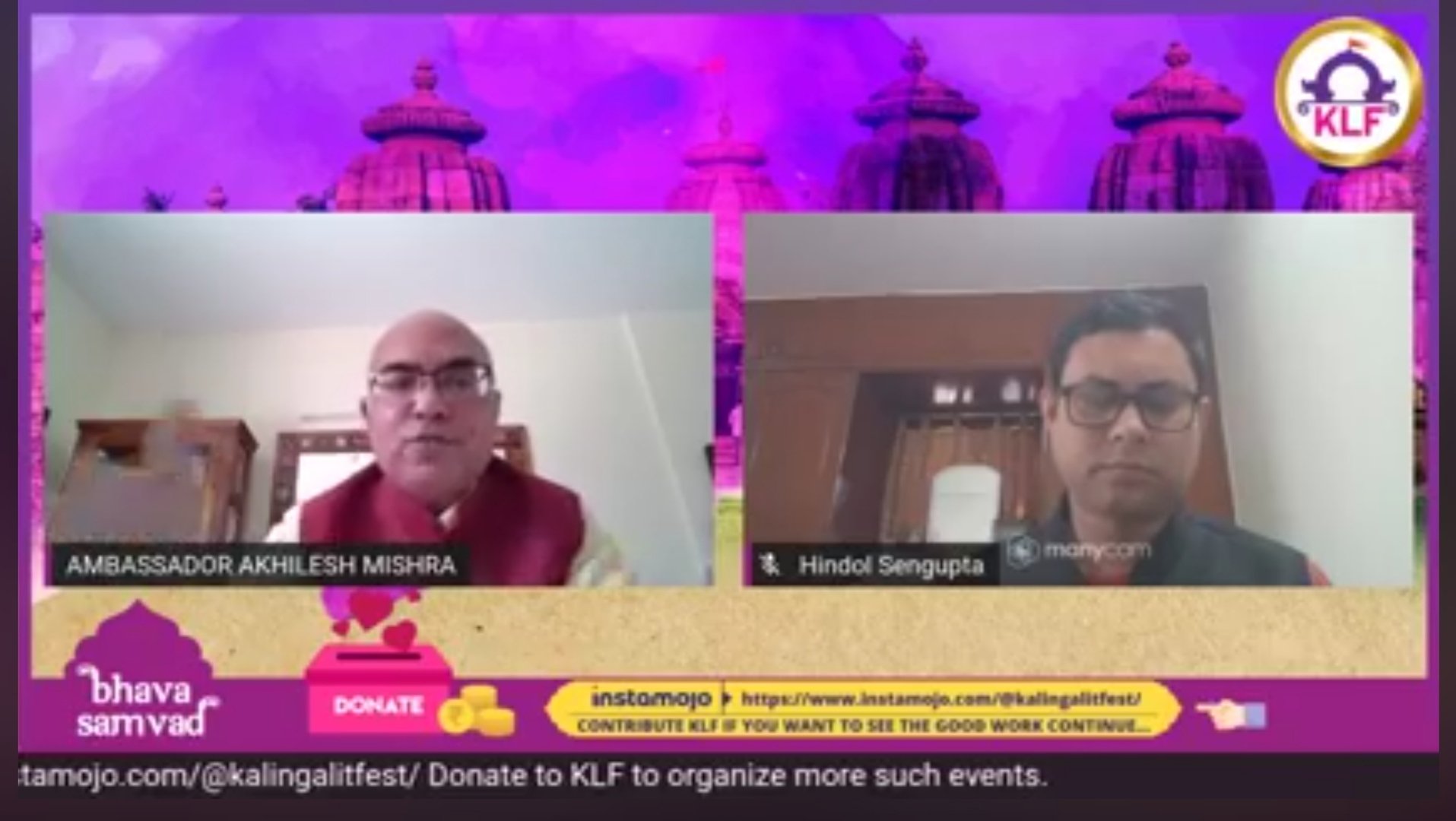 Ambassador Akhilesh Mishra mentioned that there is no other country which is as pluralistic and diverse as India. “Uniformity is mechanical in the nature. Roots of Indian pluralistic ethos are in the world views of vedic rishis. Inward introverted vision to see the self realization. There is one sun and one moon but reflected differently in water. Ultimate realization of one single abode of all living. Conception of Indian Rishis is very powerful to restore the Indian Pluralism. Important aspect of supreme Brahma is that it is colorless, formless and infinite. Brahma is a Critical concept of Indian Vedas dissolves all contradictions,” he said.

Interpreting ‘History and roots of pluralism in modern India’, Hindol Sengupta said, “Spirit of nationhood in India was first built by pilgrims. Walking from North to south. East to west. It has deep spiritual resonances in Sardar Patel’s correspondences. “This is our Mother”. Spiritual feeling before political. We have to understand where the country comes from. What people sacrificed and did for the country.”

He further highlights the idea of Swami Vivekananda, “Swami Vivekananda teaches us to be a sage while being in the world. Through his charisma, He was able to take the word around the world around India. He had the confidence of the colonized.”Brothers and sisters of India” brought the crowd on their feet and applaud Swami Vivekananda in the Chicago convention.”