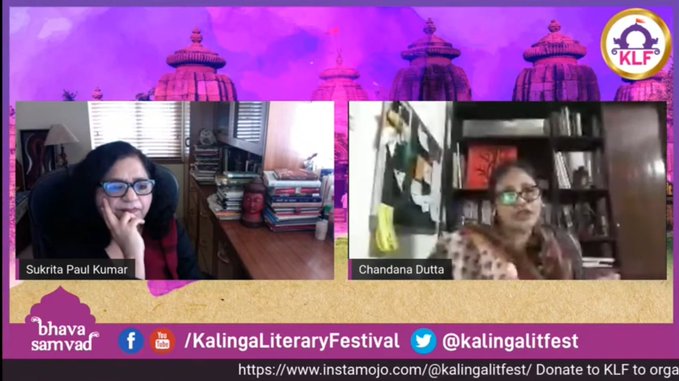 Talking about the legacy of languages Sukrita says, “My father belonged to a Punjabi family but he chose to write in Urdu. He was an English literature student and a teacher subsequently. Multilingual concept is not just unique to our family, but across the nation. The multiplicity of languages is present not just in the borderlines of different religions, but even within religions. She goes on like that this multiplicity is not just with 2-4 members but within oneself. She refers herself and her family legacy.

“I am born in a Punjabi family in Kenya. Spoken Punjabi was there because of my grandmother and that kind of storytelling has stayed with me forever. So I could continue that in my literary works even if I am writing in English. I have also stayed in Aurangabad for few years and even there I caught on to Marathi. So the culture and vibrancy of that place also adds to my legacy.”

She expresses that in Kenya, her father always felt like he was in exile, not being in his homeland. “I grew with it because he lent that perspective to me as well. I grew up with the idea that at some point of time I have to go back to home. So partition created that whole feeling of exile being a refugee. That’s why he got engaged in a lot of creative writing.”

“In my poetry, partition comes in a slight different way. But my works are to match the whole need of that phenomenon that came to me,” she adds.

KLF Bhava Samvad is a small step to regenerate the literary spirit at the time of disillusionment and new normal.

Rajasthan Board Class 10 Results To Be Declared Today 4 pm