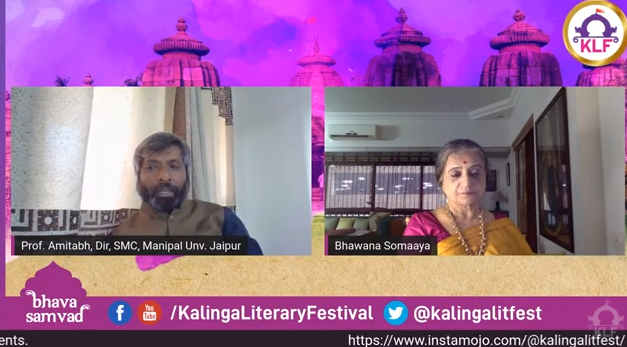 ‘Is OTT Platform The New Big Screen For Movies’ with film journalist & critic Bhawana Somaaya and academician Prof. Amitabh Srivastava, and Member of UN Secretary General’s Youth Advisory Group on Climate Change Archana Soreng in conversation with journalist & anchor Itishree Nayak. The fourth session introduced skilled singer & performer Harpreet who spoke about his journey in music with Gopal Singh Chauhan, the director of Rajasthan Kabir Yatra and brought the era of Bulleh Shah, Kabir, and Heer by infusing music into their verses.

While speaking about OTT platforms becoming the new normal for movies, Bhawana Somaaya says that there is no certainty that when the pandemic will come to an end. So even if OTTs are a flexible option, the distributors, producers have to take a decision whether to open cinema halls or not keeping safety standards in serious concern.

On the other part, Archana Soreng told that how she felt it as her responsibility to tell the about the traditional methods that indigenous people across the world adopt for forest conversation.

KLF Bhava Samvad hosted its first ever online mystic musical event with Harpreet. Sharing his experience in Odisha he expressed his overwhelmed thoughts about the beauty of the state.

IIM Bodh Gaya completed the five years of its inception