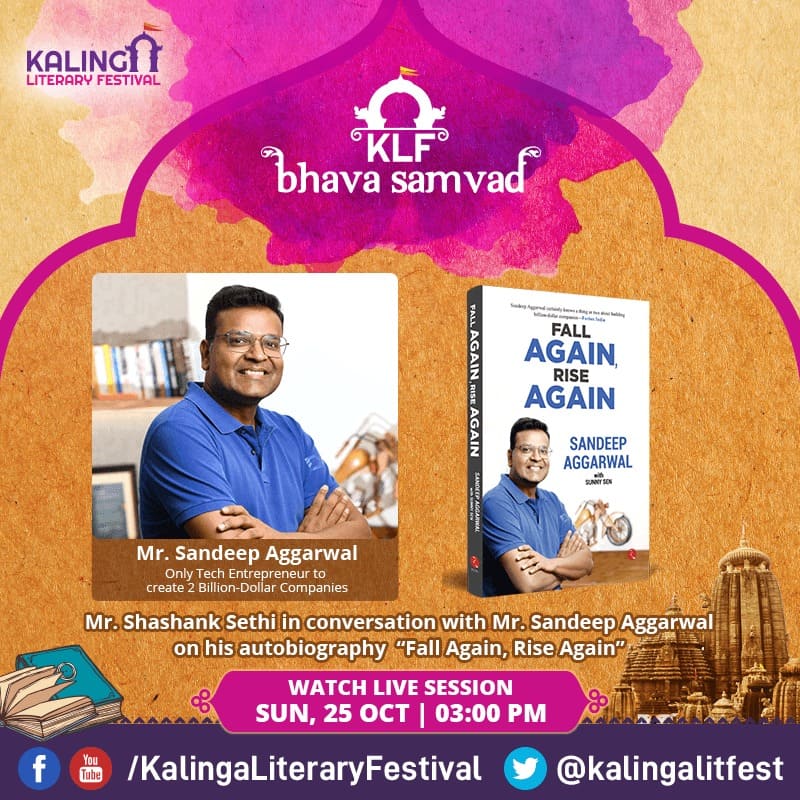 The book is an intimate and moving autobiography of one of India’s most successful start-up entrepreneurs. If ever there was anyone whose life could be described as nothing but a roller-coaster, it is that of Sandeep Aggarwal. ‘Fall again, rise again’ are words that sum up the entire life of the founder of two billion-dollar companies and shopclues. Sandeep’s story is that of a middle-class boy who could not speak English for much of his school life but dreamt to make it big someday. A young professional who went to the US and couldn’t get a job but eventually became a sought-after wall Street analyst. He achieved more success than he could imagine but gave up everything to return to India to become an entrepreneur. An entrepreneur who built one of India’s very few unicorns but was ousted from his own company. A dreamer who saw his dreams crushed by Charges of insider trading in the US but rose like a Phoenix to create yet another company—droom.

Sandeep is the only tech entrepreneur to create two billion dollar companies. He has founded two E-Commerce marketplaces in India – Droom, which is India’s largest pure play online automobile platform with eighty percent market share of the automobile transactions online, and ShopClues.com that he had founded at his house in California and then moved to India in August 2011 to launch it as country’s ﬁrst managed marketplace to empower 15Mn SME sellers.

He has over 20 years of rich experience in Internet and technology industries in Silicon Valley and India.
Before becoming an entrepreneur in 2011, Sandeep worked as top ranked Wall Street analyst in San Francisco and provided research coverage on global Internet/tech giants such as Google, Amazon, Microsoft, Netflix, Priceline etc. In 2010 Sandeep wrote the sector defining report on India Internet, first ever by a mainstream Wall Street analyst.

He mentions about the book that, “I feel Indian entrepreneurs definitely need to think differently. Historically, India has been a resource-constrained economy and hence not a very conducive place for scalable businesses. Most of the big businesses we see around us are run by entrepreneurs with either a famous last name or by someone born into money. Indian entrepreneurs need to work harder and also have faith in their abilities. They need to constantly remind themselves that if someone else in some other country can do it, so can I. They should also keep in mind that since the Industrial Revolution, entrepreneurship in the Western world has been driven by people who came from ordinary backgrounds. They had to brave numerous challenges and that too with no money and yet they made it. Indian entrepreneurs need to think like them. I went to school in a remote village in Haryana, but yet made it to the haloed confines of Wall Street.”

Sandeep is counted among the prominent contributors to India’s digital revolution. He has been very actively promoting start-ups and entrepreneurship through angel investing, judging various startup focused TV reality shows, and mentoring youth and collaborating with policy makers and trade bodies. Sandeep has an MBA from Washington University in St. Louis and holds a US patent.