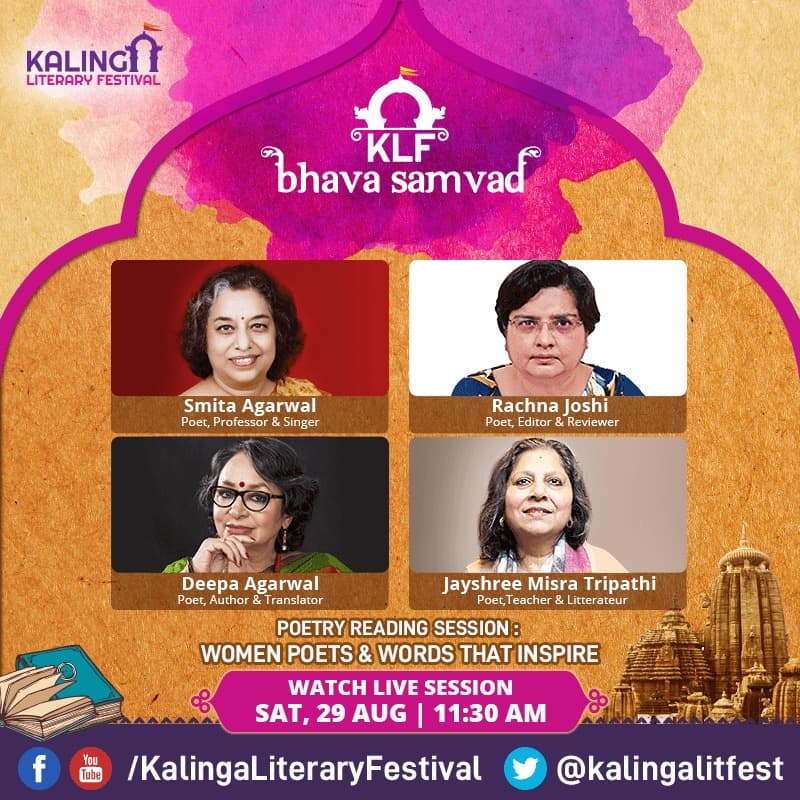 OTT platforms are the new normal for the entertainment industry. The second session of Saturday will throw light on debates and speculations over OTT platforms with Bhawana Somaaya (film journalist, critic, author) with Prof. Amitabh Srivastava (media academician & writer) at 5 p.m. 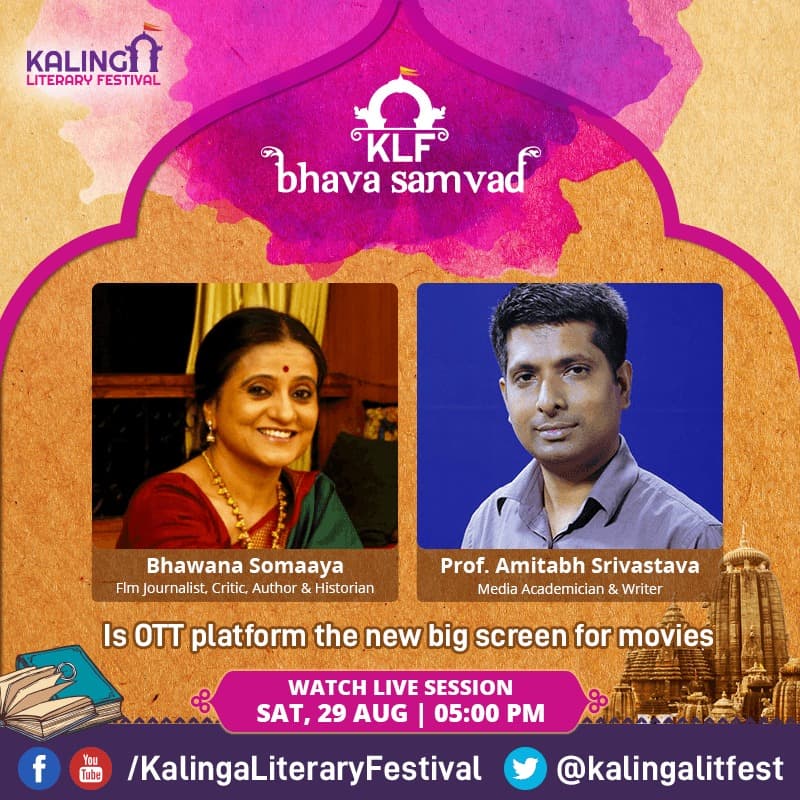 On Sunday, Kalinga Literary Festival shall be hosting Archana Soreng, the Member of UN Secretary General’s Youth Advisory Group on Climate Change along with Itishree Nayak (journalist, anchor) at 5 p.m. Archana Soreng has been selected as one of the seven members of Youth Advisory Group on Climate Change established by the Secretary-General of the United Nations as a part of UN Youth Strategy. Archana holds a Master’s in Regulatory Governance from Tata Institute of Social Sciences (TISS). She has been working for awareness about climate change and preservation for many years. She believes even though the indigenous people have immense contribution in protection and restoration of Nature and are real guardians of the forest and warriors of the climate crisis, they are vulnerable and on the verge of extinction as their rights over their forest and land are not recognised. 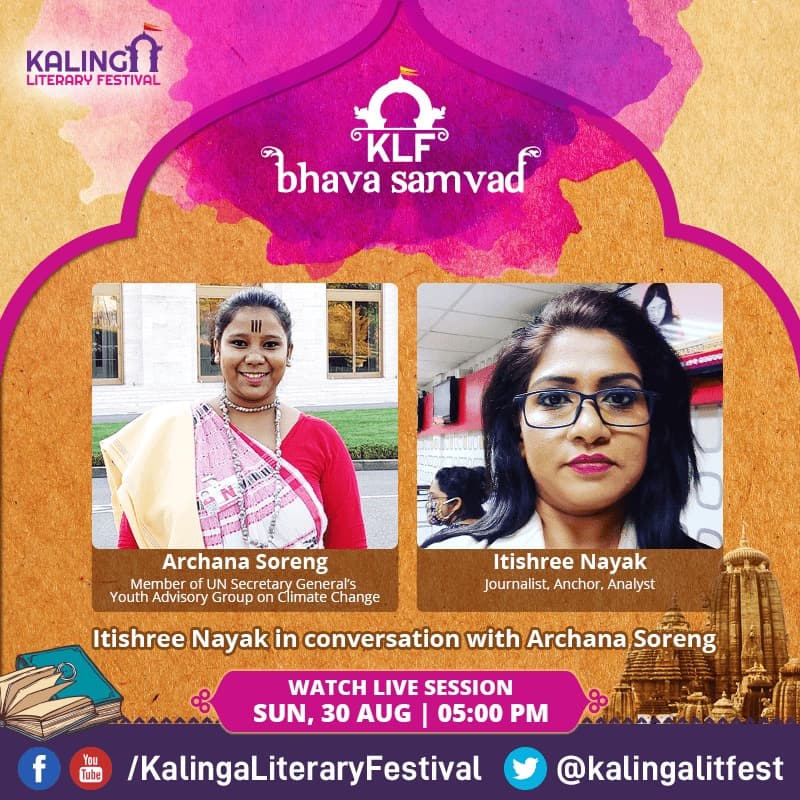 The 7 p.m time slot of Sunday is much awaited for the live conversation and performance on KLF Bhava Samvad by Harpreet (singer & performer). Harpreet’s music is an act of poetic subversion and he has earned a distinct identity by becoming a voice of poets across languages and time.
The session will be moderated by Gopal Singh Chauhan (founder- Rajasthan Kabir Yatra)