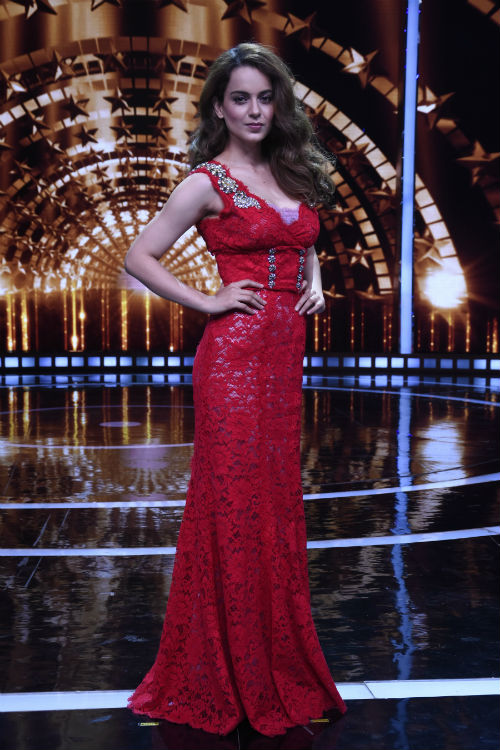 Kangana Gets Nostalgic About Her First Audition

Mumbai: Recently, the two members of the film industry, Karan Johar and Kangana Ranaut, who seem to be blazing guns at each other at every public appearance they make, met on the sets of a reality show ‘India’s Next Superstars’. While the two have seemed to have made amends after the last time the actress stirred up a nation-wide debate on Nepotism on the director’s chat show, as they were seen enjoying each other’s company during the shoot of the show.
The talent-based reality show that aims to give commoners a chance to get their big bang launch in Bollywood, has a set of 20 contestants who perform every week in front of the judges – Rohit Shetty and Karan Johar to prove their mettle to become India’s Next Superstar.
Looking at these contestants and their struggle to get into Bollywood, Kangana who was a guest judge for the episode, shared her experience of giving her first audition to encourage the contestants. She said, “I still remember my first audition. Others came in make-up and heels but I went to Anurag sir and asked him what my role was because I wanted to audition in that character. After learning that I was going to play a drunk girl’s role in Gangster, I worked on myself and auditioned for it. She added, “Don’t change for anybody. Be yourself.”