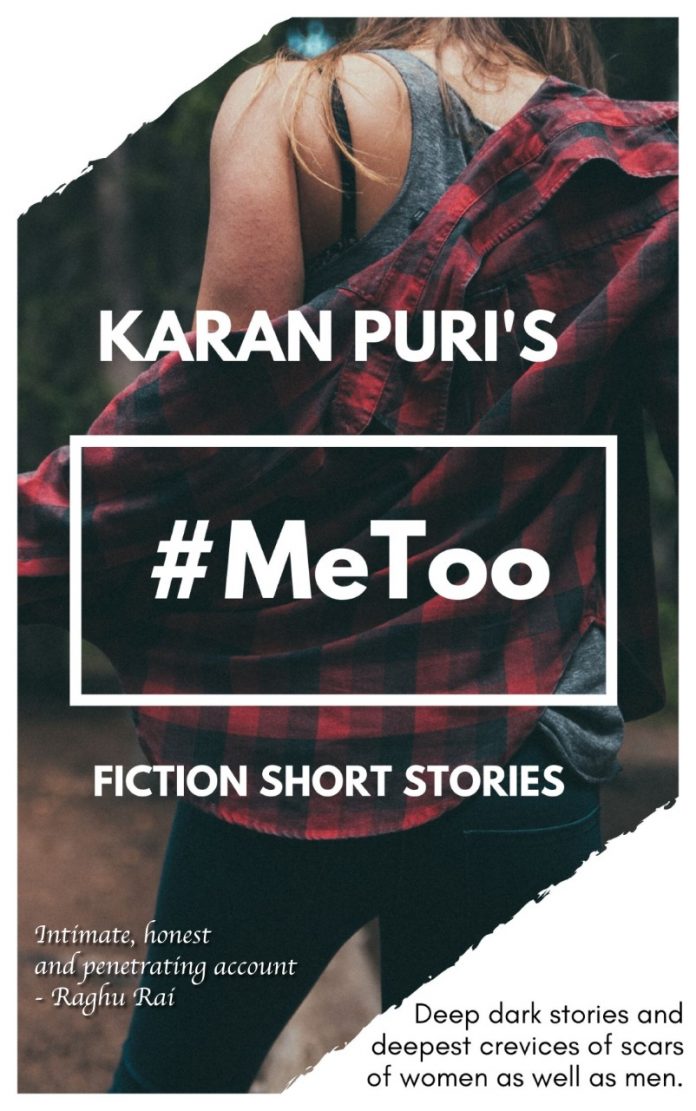 New Delhi: Noted fiction author and food and lifestyle blogger Karan Puri has launched his new book #MeToo – A collection of Short Stories. The book, which was launched on a popular e-commerce platform on June 1, 2020, is receiving good response from the readers and book fan community.

Almost all of us have known and experienced the misuse of the situation and its power in various paths of daily life. The hierarchy, the feudal world’s cast system of our society, has caused misery and pain on many levels of daily life. Given the 70 years of independent India, independence has not provided many of us with a sense of responsibility, equality and security.

Portraying the same thing, Karan Puri’s has written this book during the Covid-9 lockdown period which gave him time to complete his latest book and release it all over the world through a popular e-commerce’s self publishing platform.

With #MeToo movement gained significance in late 2018, when Tanushree Dutta who took India by storm as she opened up about getting sexually harassed by some big names of tinsel town and also confronted them through the platform of social media. Soon many of other familiar names joined her tagging their #MeToo experiences. This book encompasses the life stories of not only celebs and public figures but also some extra-ordinary commoners.

Through this book, Karan Puri has tried to capture the mood of the nation on the MeToo issue through short stories which reveal the real side of the controversy to shock the readers while at the same they are inspired by encouraging stories of people narrated in the book.

Speaking on his new book, Karan Puri said, ““It was never easy to pen down the reality on papers on such a controversial and highly debated topic. I was always intrigued by the relationships between men and women. Society plays a major role in shaping up the mindset. It is this mindset which I wanted to change with my book. Cruelty and inhuman behaviour should be ridiculed and that is what made me share some personal stories of some sexual abuse survivors. It is always better to be vocal about the checkered past for a sound future and life, and I am glad that they chose to share what happened with them and how they dealt with their respective situations.”

The author delves deeper into deep dark stories and deepest crevices of scars of women as well as men, rural as well as urban, celebrities as well as common people; across age groups, financial backgrounds, educational and social credentials, and most importantly, genders, to bring to the fore real ‘MeToo’ stories of those who loosened their seals of silence… turning the ‘Shy’ to ‘Why???’.

The stories come from contributors as young as 16 years old to as old as 72. It is time to see the writers of these stories as more than victims, but as whom they really are: Survivors. Advocates, Mothers, Daughters, Sons, Friends, Brave, Bold, Courageous women & men. Each of these stories are incredibly different and unique, written from a human perspective, without wearing any glasses, that perceive only women as more vulnerable, men as more callous and vice versa.

Remembering the days of research, Karan said “Wanted to put my pen to its best use during this lockdown, and had the responsibility of sharing the real Metoo stories. The stories are not only real but life-changing as well. I was moved to the core while doing in-depth research on this ultra-sensitive topic but also realized that some of them have come a long way and evolved leaving behind their dark past.”

In our life, there is equal importance of day and light. Akin to them are success and failure, they seek at par emphasis. Showcasing only positives cannot be the complete story and this book is indeed so close to the reality of our society.

PM Modi pays homage to all those who lost their lives...