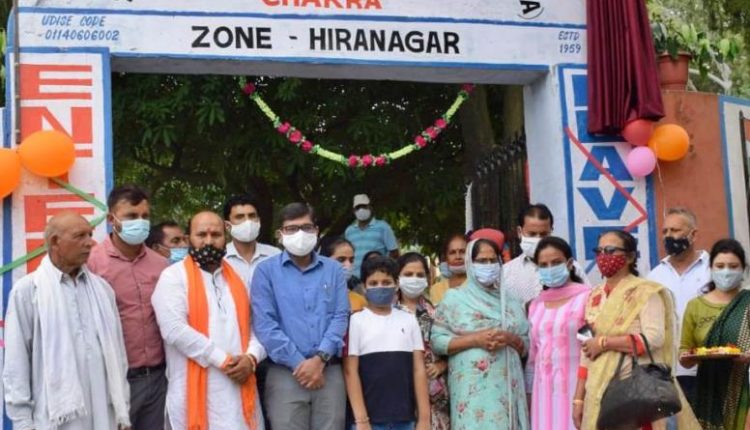 The Son of Soil Havaldar Raj Singh attained martyrdom during Operation Parakram while fighting with militants in Mahore on 7th November 2002. He was awarded Shourya Chakra for his courage and valiant act while fighting against the enemy.

Speaking on the occasion, Deputy Commissioner, Rahul Yadav said dedication of School names after the martyr soldiers or other public figures with extraordinary achievements in varied fields was aimed at to pay tributes to them so that the present generation draw inspired from these personalities. He said a series of steps have been taken to remember our heroes especially when the Nation is celebrating 75th year of Independence as ‘Azadi ka Amrut Mahotsav’.

District Development Council Member Karan Attri said the people of border villages of Hiranagar sector have a rich history of serving in Army, paramilitary and police forces from generation to generation . He said the JKUT Administration has taken a welcome step to remember the contributions of those soldiers who put nation first and laid down their life for the protection of our nation.

CEO Kathua, Sarpanch, Panchs and a large number of locals were also present.