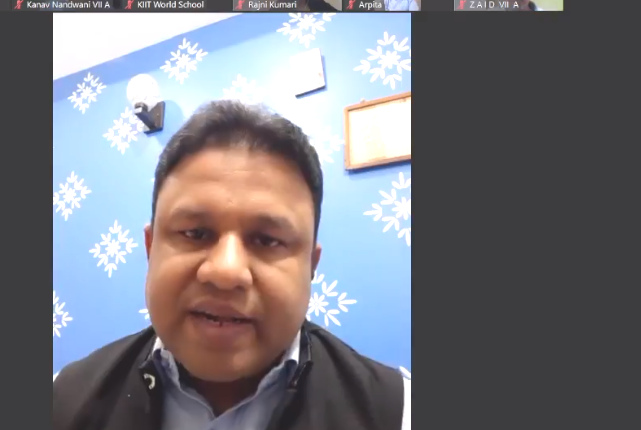 Gurugram: KIIT World School, Sohna Road organized a webinar on the topic Changing scenario of News in Digital Era. . Senior journalist Parvez Sagar was the keynote speaker on this occasion.

Government of West Bengal partners with Schoolnet to drive…

While addressing the students, Parvez Sagar, discusse about the Changes in Journalism over the course of time and also said that journalism is a challenging profession, since the time of independence movement. He also discussed about the digital media that “21st century is the era of information technology. Internet is the basic foundation of modern communication technology. Now information is easily available on our computer, laptop and mobile. In this era of pen less journalism, digital journalism has heralded a new era. Along with technological development, there has been a rapid change in the trend of mass media such as Hindi journalism.

At the same time, the revolution and technology of the Internet has presented a big challenge to the print media of the whole world to maintain its presence and development. However, print media plays an important role in maintaining objectivity and the nature of news as compared to other mediums.Digital media will be a future media

Principal of KIIT World School Neelima Kamrah, stated that journalism plays an important role in our lives, journalists has a special contribution in strengthening our Indian democracy and they also create public opinion in the society. She added, there is a change in journalism too, where digital media is playing a very important role in today’s era, due to which people get to know the news ahead of time.