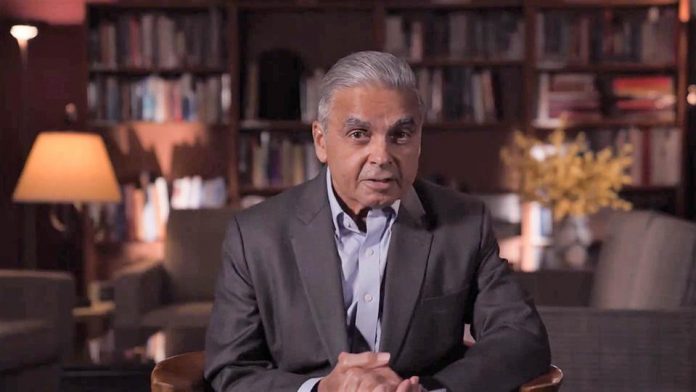 Most of Asia has been in peace in the past four decades, since the Sino-Vietnamese War of 1979. However, peace is not a given and cannot be taken for granted. Many threats remain or could emerge suddenly, like the COVID-19 pandemic in 2020. Today, the NUS Asia Research Institute (ARI) announced the launch of the Asian Peace Programme (APP), to initiate and support policy research that will work towards generating an enduring peace in Asia.

The APP is the brainchild of ARI Distinguished Fellow Mr Kishore Mahbubani, who will be spearheading the initiative. As Singapore’s former diplomat, serving twice as Ambassador to the United Nations (UN), including President of the UN Security Council, and as the Founding Dean of the NUS Lee Kuan Yew School of Public Policy, Mr Mahbubani is recognised internationally as an expert on Asian and international affairs, and was selected as one of Foreign Policy’s Top Global Thinkers in 2010 and 2011. He has authored numerous books, such as Has China won?, Has the West lost it?, and The ASEAN Miracle, and has shared many insights in key areas of public policy research, such as major powers and global governance, policy studies and public management, water and environment policy, competitiveness in Asia, and social policy in Asia.

Mr Mahbubani said, “While Asia has been developing well in the economic realm, many threats and challenges remain in the peace and security realm. The APP will therefore serve a useful purpose in providing suggestions for helping to defuse potentially painful and dangerous conflicts in the region. The recent flare-ups at the China-India border and on the Korean Peninsula demonstrate the urgency of such a programme.”

The APP aims to put forth implementable policy solutions that could ameliorate conflicts in Asia. It will be launching a monthly series of short, policy-relevant research papers that will throw new light on some of the difficult and unsettled conflicts in Asia. Globally renowned scholars from NUS and beyond in the field of peace studies, conflict resolution and international relations such as Professor Tommy Koh, Ambassador-at-large at the Singapore Ministry of Foreign Affairs and Chairman of the NUS Centre for International Law; Professor Kanti Bajpai, Director of the Centre on Asia and Globalisation at the NUS Lee Kuan Yew School of Public Policy; and Emeritus Professor Hugh White from the Strategic and Defence Studies Centre at Australian National University, will contribute to these papers and study factors that could contribute to peace and how they intersect – political and economic, military and cultural, tangible and intangible, physical and psychological. They will seek to put forth policy measures that will provide significant recommendations towards resolving or ameliorating the conflict in question.

Professor Tim Bunnell, Director of ARI, said, “Peace cannot be taken for granted even in parts of Asia that have been free of major conflict for many decades. The APP involves Mr Kishore Mahbubani investing his wealth of experience in world affairs into the generation of research for sustainable peace in the region. Though starting small, the aim is to cultivate the programme as a focus and resource for peace studies within ARI, a leading centre for humanities and social science research on Asia.”

First policy paper on “China and India: A New Diplomacy”

In conjunction with its launch today, the APP published its first policy paper on “China and India: A New Diplomacy”, which was written by Professor Kanti Bajpai. The paper examined China-India relations which oft-late have seen tensions rising, in particular along the Line of Actual Control (LAC) in Ladakh which saw a recent military clash on 15 June 2020. Prof Bajpai noted that differences between the two nations have not been resolved over several decades, despite negotiations before and after the war in 1962 and stressed that the LAC must be stabilised. In his paper, he suggested that rather than pursuing a settlement of the border or insist on defining the LAC to the satisfaction of both parties, India and China should aim for a new structure of diplomacy. This, he noted, would rework the erstwhile diplomacy between both countries and tackle the problem of patrolling transgressions in fourteen key “pockets” where tensions tend to flare along the vast frontier.