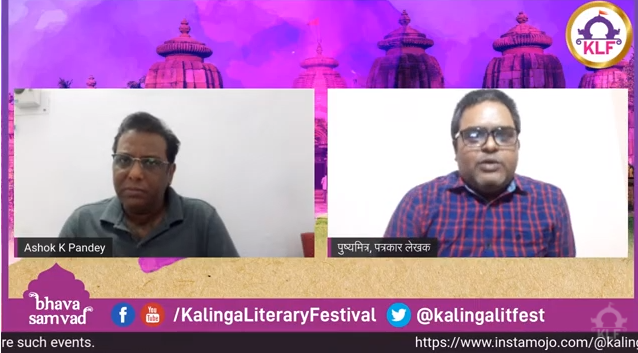 New Delhi: KLF Bhava Samvad welcomed author Pushyamitra who spoke widely about his book ‘Ruktapur’. The session was moderated by writer Ashok Kumar Pandey. Talking about the central plot of the book Pushyamitra mentions, “Ruktapur came when I was travelling in a train. And I asked a co-passenger about the name of the station and he answered Ruktapur. It was a place where the train haults in an unauthorized manner.”

He commented on the present sustainable scenario of Bihar by saying that there are many people who could improve the image of Bihar, but there have been a lot of people to migrate to big cities due to their issues. Policies of transferring raw materials caused a huge loss to Bihar.

“The educational system in Bihar which was supposed to be created after the transition was not formed. There are many of my reports about government and other useful statistics, that were not published. There was a lot of over politicization that resulted in deviating from the objectives,” he opined.