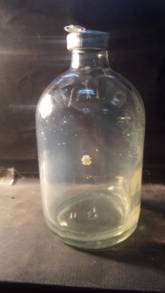 New Delhi: As the world runs out of fossil fuels and looks out for alternate sources of clean energy, there is good news from the Krishna-Godavari (KG) basin. The methane hydrate deposit in this basin is a rich source that will ensure adequate supplies of methane, a natural gas.

In a recent study conducted by researchers at the Agharkar Research Institute (ARI), an autonomous institute of the Department of Science and Technology, Govt. of India have found that the methane hydrate deposits are located in the Krishna-Godavari (KG) basin are of biogenic origin. The study was conducted as a part of the DST-SERB young scientist project titled ‘Elucidating the community structure of methanogenic archaea in methane hydrate’. Methane hydrate is formed when hydrogen-bonded water and methane gas come into contact at high pressures and low temperatures in oceans.

According to the present study accepted for publishing in the journal ‘Marine genomics’, theARI team has further identified the methanogens that produced the biogenic methane trapped as methane hydrate, which can be a significant source of energy.

“The massive methane hydrate deposits of biogenic origin in the Krishna-Godavari (KG) basin and near the coast of Andaman and Mahanadi make it necessary to study the associated methanogenic community,” said Dr. Vikram B Lanjekar, the Principal Investigator of the study.

According to the ARI team, until recently, there have been only a few investigations of the methanogenic communities associated with methane hydrate-bearing sediments. This study has shown that methanogens under these elevated pressure and temperature conditions are well adapted to these conditions and are different in methane-producing activities. Understanding of these methane-producing methanogenic communities under such an extreme and pristine environment was very important. This study using molecular and culturing techniques revealed maximum methanogenic diversity in the KG basin, which is one of the prominent reasons to confirm it to be the extreme source of biogenic methane in comparison to the Andaman and Mahanadi basins.

The kinetics study based on their model also predicted the rate of biogenic methane generation in KG Basin hydrates to be 0.031 millimoles methane/gTOC/Day, resulting in total deposits of methane around 0.56 to 7.68trillion cubic feet (TCF). The sediment samples associated with methane hydrate deposits from Krishna Godawari, Andaman, and Mahanadi basin were provided by National Gas Hydrate Core Repository, GHRTC, ONGC, Panvel, Maharashtra for this study.

The ARI team has documented a predominance of genus Methanosarcina in KG basin, followed by a few other genera Methanoculleus,Methanobacterium. Genus Methanosarcina was found to be more diverse among the obtained genera with four different species M. siciliae, M. barkeri, M. flavescens, and M. mazeias per their findings.