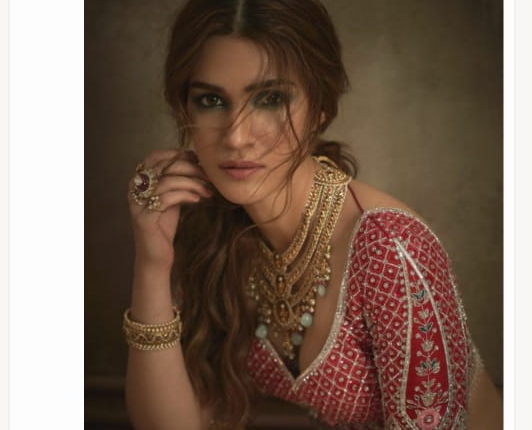 New Delhi: Within a week on opening an account on Koo Ganpath star, Kriti Sanon now has over 20,000 followers on India’s own social media platform. Using the handle @kritisanon, the rising bollywood star actor has now firmly established her presence on the platform. About two weeks ago, her co-star and friend, Tiger Shroff had taken his fans by surprise by joining the micro blogging platform, and received an overwhelming response. Fast on the heels of Kriti joining Koo, at least four of her fanclubs also created their handles on the platform – @FAN_OF_KS, @Kriti_Sanon_FC, @kritsaffection, @team_kritian.

Kriti Sanon announced her arrival on the platform with an evocative photograph of her eyes and a shoutout to her fans on other social media platforms about her presence on Koo. More recently, a beautiful photograph of the actor received over 1,700 likes. Kriti will use Koo to connect with her fans in multiple languages.

Microsoft and the Museum of Art & Photography (MAP),…

Kriti Sanon, is one of the young actors who is gaining popularity and wooing people with her projects and scripts. She has recently had a super hit, Mimmi, through an OTT platform, that won appreciation from critics for the screenplay and her performance. Kriti is currently working with costars Prabhas and Sunny Singh and preparing for the release of the magnum opus drama, Adipurush.

How to Download Koo: The app is available for users to download on the mobile App Store. Users have the option to register using either their mobile number or email ID. Once registration is complete, they can follow their favourite celebrities, athletes, politicians, entertainers and thought leaders on Koo. Koo empowers users by allowing them to communicate in their native languages, should they wish to.

About Koo: Koo was founded in March 2020, as a micro-blogging platform in Indian languages. Available in multiple Indian languages, people from across different regions in India can express themselves in their mother tongue. In a country where just 10% of India speaks English, there’s a deep need for a social media platform that can deliver immersive language experiences to Indian users and help them connect. Koo provides a stage for the voices of Indians who prefer Indian languages