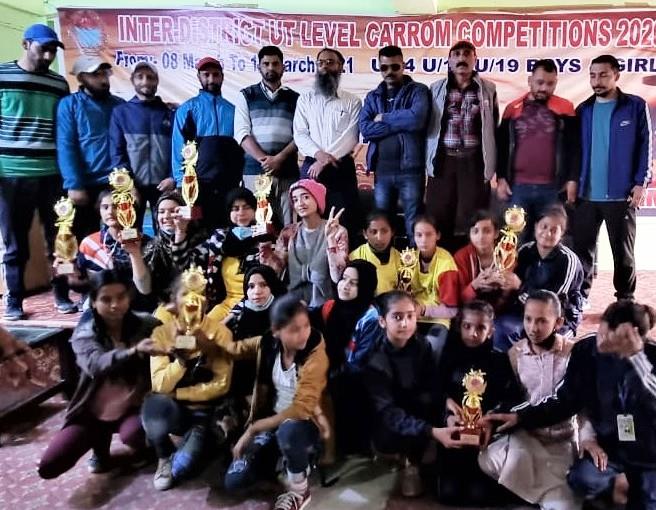 Ramban : Inter-district, UT-level Carrom competition for girls for all age groups, organized by the Department of Youth Services and Sports, concluded, here today .

District Youth Services and Sport Officer, Dharmveer Singh informed that as many as 76 students from various districts of twin divisions of Kashmir and Jammu participated in the competition.

In under 19 age group, the team from Kulgam bagged the first position, while Jammu and Kathua secured second and third positions respectively.

Similarly, in the under 17 category, the girls from Kulgam secured first position while Srinagar and Ramban won the second and third position, respectively.

Ramban bagged first position, while Kathua and Jammu were the first and second runner-up in the 14 year group category.

Later, prizes were also distributed among the winners and participants.