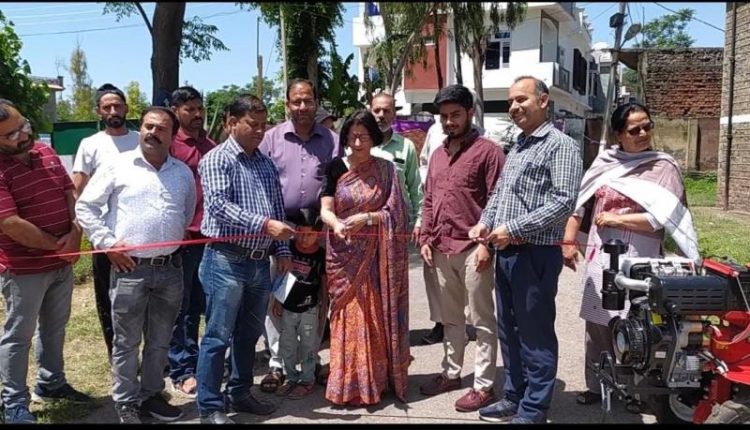 The programme was attended by over 450 farmers and officers of allied Departments watched the live launch of countrywide programme by the Union Agriculture Minister, Narinder Singh Tommer. Union Minister interacted with the farmers and informed them about the various state & Central Government Schemes.

In his welcome address, Sr. Scientist & Head, KVK Poonch, Dr. Ajay Gupta said that the Mela is being conducted across the country as part of Kisan Bagidhari Pratmikta Hamari campaign which is being celebrated from April 25 to April 30.

He highlighted the contribution of KVKs in the Extension and Development of the farming community.

While emphasizing of the need and scope of natural farming, he discussed in detail the importance of Natural Farming during this modern technological practices.

An Interaction session was also held during which scientists replied to the queries of farmers.

At the end of the Kissan Mela Dr. Sudhir Singh Jamwal presented vote of thanks.