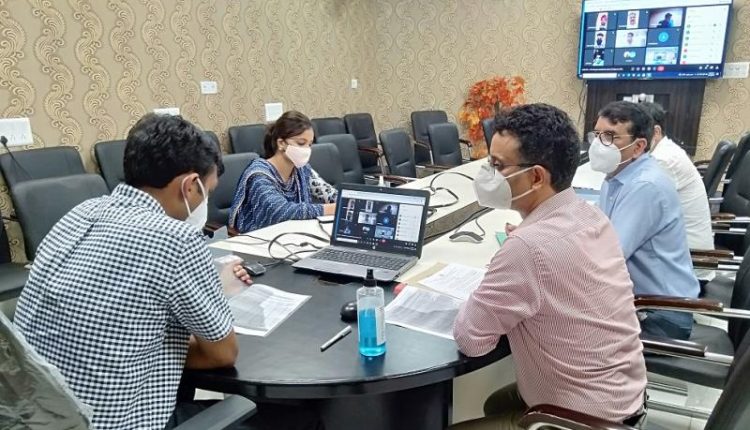 During the meeting, the DC approved 976 applications under the scheme recommended by the committee.

For effective implementation of the scheme, the DC called upon the concerned officers to widen and intensify public outreach under Ladli Beti Yojna.

He asked the PO ICDS to complete the process of pending cases approved by the Committee till July end so that the poor and needy girls could get benefits of the scheme as soon as possible. He stressed that no genuine cases should be left out.

He entrusted the concerned officers to work in synergy so that the needy people could get the maximum benefits from several welfare schemes.

Later, the Deputy Commissioner chaired another meeting to review the progress of the Field Survey of enumeration of Tribal nomadic Migratory population.

The DC asked the concerned officers to activate men and machinery for effective implementation of the survey on ground. He exhorted upon the officers to work in coordination and motivate the enumeration teams so that no one is left out in the survey.

The DC directed Tehsildars to inform tribes about the benefit of Survey for ensuring their active participation including consulting PRIs in identification of potential areas/ highland pastures / destinations where nomadic tribes may be available at this point of time.

The Deputy Commissioner instructed the Tehsildars to complete the process of enumeration till 20th July and collect the certificate from concerned PRIs.

University of Maryland: In Assessing Environmental Risks to Pregnancy, Fathers…

iednewsdesk Jun 22, 2022
While a growing body of research reveals sharp racial and ethnic disparities in adverse birth outcomes linked to…

University of Minnesota: A weird star produced the fastest nova on…