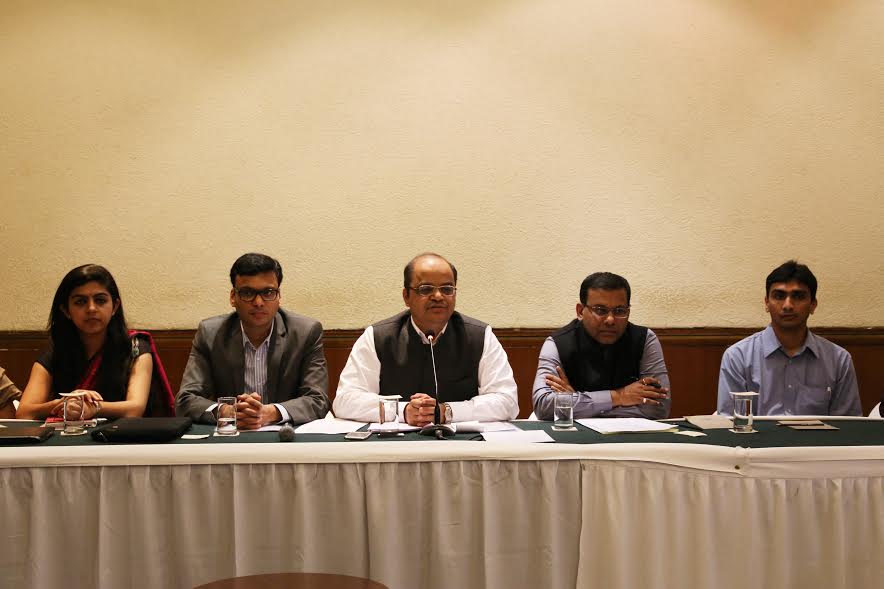 • Enthusiastic response received from across India within first 10 days
• 21 high calibre young leaders will work across different government schemes and departments in the State of Haryana to improve transparency and efficiency
• Ashoka University, as a knowledge partner, will train and mentor young associates
• Last date for the submission of the application for the 2017 programme is 31 March, 2017

New Delhi: With an objective to create another successful batch of Haryana Chief Minister’s Associates, Dr. Rakesh Gupta, Additional Principal Secretary to Chief Minister of Haryana and Vineet Gupta, Pro Vice Chancellor and Founder of Ashoka University announced the last call for applications in a press conference today in New Delhi under Chief Minister’s Good Governance Associates (CMGGA) programme. A strategic initiative between the Government of Haryana and Ashoka University, CMGGA aims at introducing youth to the intricacies of governance and administration, while at the same time leveraging their training and fresh perspectives on projects. As a knowledge partner, Ashoka University will facilitate the process of recruitment, training, mentoring and monitoring the work of the Associates.

Select Associates from the first batch were also present to share their experience and showcase their work in the different districts of Haryana. The Associates also spoke of the 40 best practices they had identified in some of the districts in areas of education, health, social empowerment, governance and skills and livelihood, which the government hopes to not only replicate in other districts of the State, but also in other States as well.

Over 1430 applications were received last year for upto 25 seats from leading institutions in Haryana, Orrisa, Bihar, Jammu and Kashmir, Karnataka, Delhi, MP and Rajasthan. This year as well, spanning over a period of one year, around 21 young leaders from across cities will be selected to work across 21 districts of Haryana. The selected associates will undergo an induction of two weeks at Ashoka University. Apart from executing regular mandates received from the CMO, CMGGAs will work with the Deputy Commissioners and other district officials to expedite various government schemes and bring about transformational changes within their districts. Associates will also pilot innovative scalable solutions to address various issues at the district level.

While speaking at the conference, Dr. Rakesh Gupta, Additional Principal Secretary to the Chief Minister of Haryana, said, “First year of the programme has delivered exceptional results. The Associates have contributed meaningfully in governance and execution of certain key initiatives of the state. Since the introduction of this programme, we have fewer grievances pending at the CM Window. The Associates have been overseeing functioning of some of our core projects and have shared qualitative recommendations for improvement. Haryana is making consistent progress across spectrums and is on the cusp of a big change. We are delighted to embark on our transformation journey with active participation from youth and look forward to yet another successful batch this year.”

Vineet Gupta, Pro Vice Chancellor and Founder, Ashoka University, said, “At Ashoka, we aspire to create an ecosystem which produces students with a strong sense of giving back to society and nation-building. The idea of entrepreneurship and public service is central to the University’s pedagogy. In line with this belief and our efforts towards creating effective problem solvers, critical thinkers and good communicators, we are entering into the second phase of this partnership with the Haryana Government to create a future generation of effective leaders.”