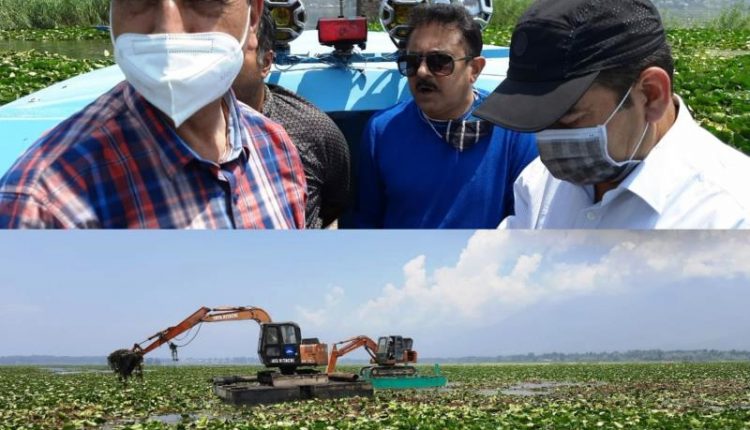 It has been given out that the department has engaged eight Pontoon based machines in Dal Lake near Char Chinari for extraction of lily pads.

The LAWDA has pressed 14 Pontoon machines into service for de-weeding and extraction of lily so far equipped with hi-tech standards. “The extraction work is going on in full swing”, the officials said and added the authorities has engaged more six-machines in Hazratbal basin for lily extraction purpose.

“The authority has taken a pledge to clean the area by ending December this year”, and the process of extraction in 0.68 square kilometer area is going on under the supervision of senior officials of the LAWDA.

Meanwhile, it was informed that LAWDA is going to install tracking devices on Pontoon machines to keep close eye over the functioning of men and machinery.

According to officials the 0.25 square kilometer area has been achieved while all extracted material is being dumped at Shalimar site.

It was further informed that the process of allotment for extraction of lily in Nigeen Lake for the area of 0.3 square kilometers is under process.