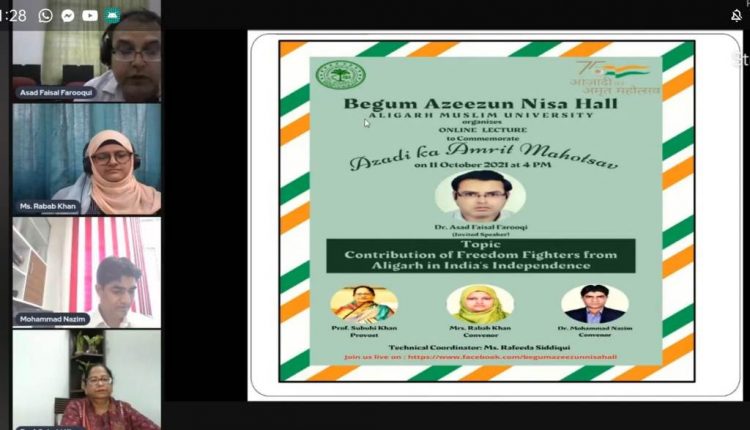 Dr Asad Faisal Farooqui spoke extensively on the contribution of the freedom fighters of Aligarh in the freedom struggle. He highlighted the contributions made by the citizens of Aligarh in the independence struggle of the country with special reference to those from the Aligarh Muslim University. He said the freedom fighters sacrificed their lives to make the country independent and they always made efforts to free India from the imperialistic power of British and worked to motivate common people through nationalistic speeches and poetry to rise against the British rule.

Promote livelihoods of SHGs under SFURTI Scheme: Dr Sehrish to…