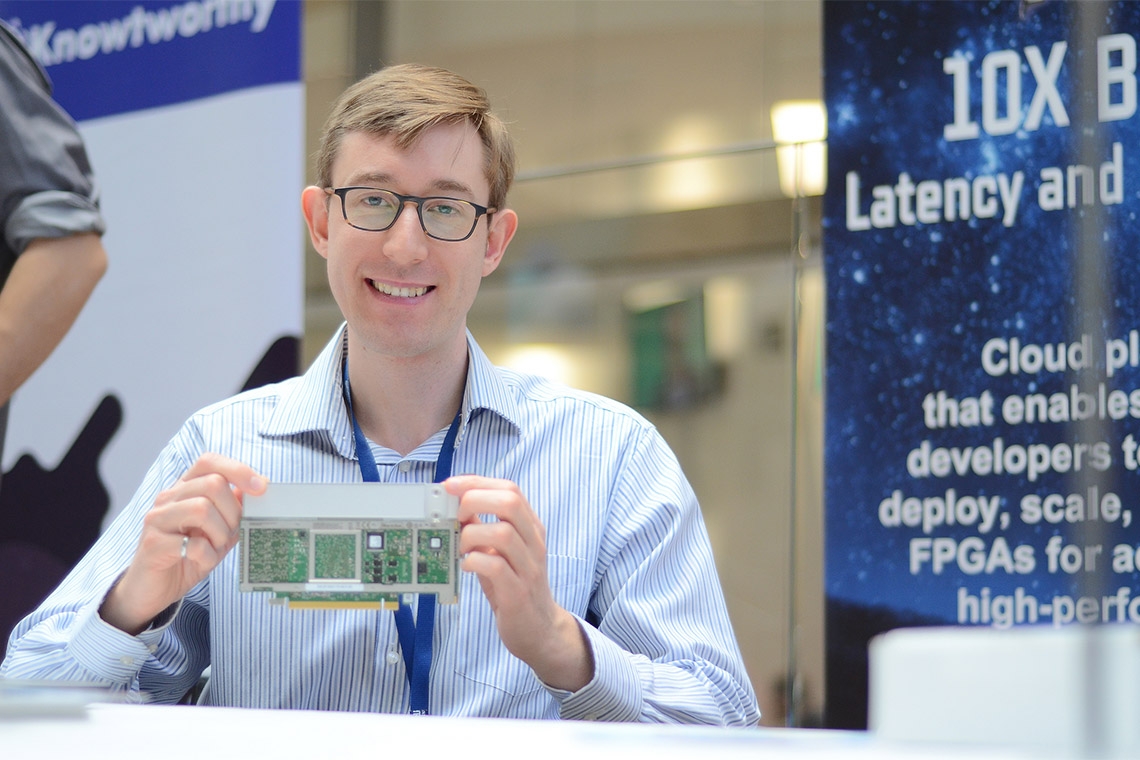 LegUp Computing, a U of T Engineering startup, acquired by U.S.-based Microchip Technology

LegUp Computing Inc., a startup with origins in the University of Toronto’s Faculty of Applied Science & Engineering has been acquired by U.S.-based Microchip Technology Inc.

Leveraging technology originally developed at the labs of Professors Jason Anderson and Stephen Brown in the the Edward S. Rogers Sr. department of electrical and computer engineering (ECE), LegUp Computing was co-founded in 2015 by Anderson and alumni Andrew Canis, Jongsok Choi and Ruolong Lian.

LegUp, which received support from U of T’s UTEST accelerator and once worked out of a deconsecrated church on the St. George campus, built a high-level synthesis tool that makes the design of field-programmable gate arrays (FPGAs) much easier. FPGAs usually require hardware design skills, but LegUp’s tool allows programmers to write software that can be converted automatically into a hardware circuit.

The acquisition moves Microchip’s platform in line with their two biggest competitors, Xilinx and Intel, who have their own high-level synthesis tools.

Anderson is pleased that the LegUp team will stay together.

“The last five years has seen us develop such a great working relationship,” he says. “The culture fit is very good with Microchip. It’s also very gratifying that the LegUp tool will be used by so many engineers.”

“The success of Professor Anderson’s research-based startup is an indication of the importance of entrepreneurship within ECE as an accelerator of innovation and impact,” adds Professor Deepa Kundur, chair of the Edward S. Rogers Sr. department of electrical and computer engineering.

Microchip’s Bruce Weyer, vice-president of the FPGA business unit, cites LegUp’s deep experience in high-level synthesis and related technologies as a huge plus for the Microchip client community. He says they will quickly see the benefits of the easy-to-use technology.

Microchip plans to fully integrate the LegUp tool into its platform by mid-2021.

Forest Rights Act being Implemented in Jammu and Kashmir

With University of Toronto as a partner, advanced materials research facility in Mississauga to focus on clean energy