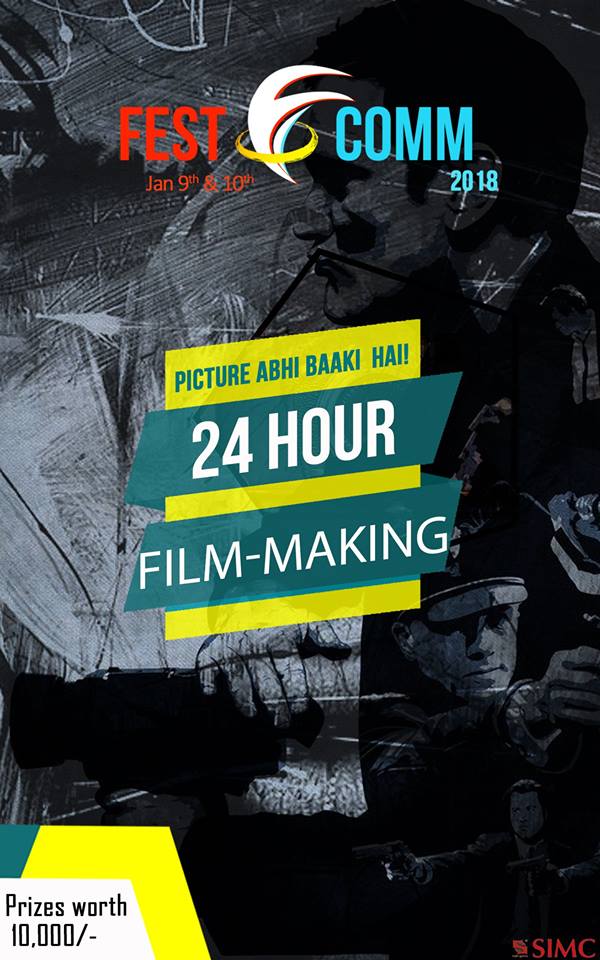 Lavale: Symbiosis Institute of Media and Communication, Pune is ready to host its annual flagship event Fest-O-Comm 2018. With the theme, “Imagine,” the event promises to be an academic, cultural and sports extravaganza. The two day celebration will commence on 9th January 2018.

The 2018 edition of Fest-O-Comm will witness stand-up comedian Kunal Kamra, whose humour highlights the daily absurdities of life. On the second day, rock band TMKC (Teri Muzic Ki Chaahat) will steal the show and increase the musical quotient of the event with their performance. They are redefining the spectrum of music as they believe in playing and performing as per your Music ki Chaahat.

Year after year, Fest-O-Comm brings in students from over 100 colleges nationwide and has witnessed a footfall of over 4000 students in the past, from popular B-schools and media colleges across the country.

SIMC is proud to announce the association with Zoomcar, VH1, MTV and Comedy Central as its associate sponsors for the academic and cultural events to be conducted at the festival.

This year, students will get an opportunity to showcase their creative skills in events such as 24-hour film making. For those who swear by their melodies, Consonance – a musical night, will prove to be especially soulful. Box Cricket is a game that will excite all sports enthusiasts. Student’s business acumen will be put to test in events such as Bizzdom, that will challenge their business fundamentals.The dance competition, En Pointe will see the best teams competing to prove their tenacity.