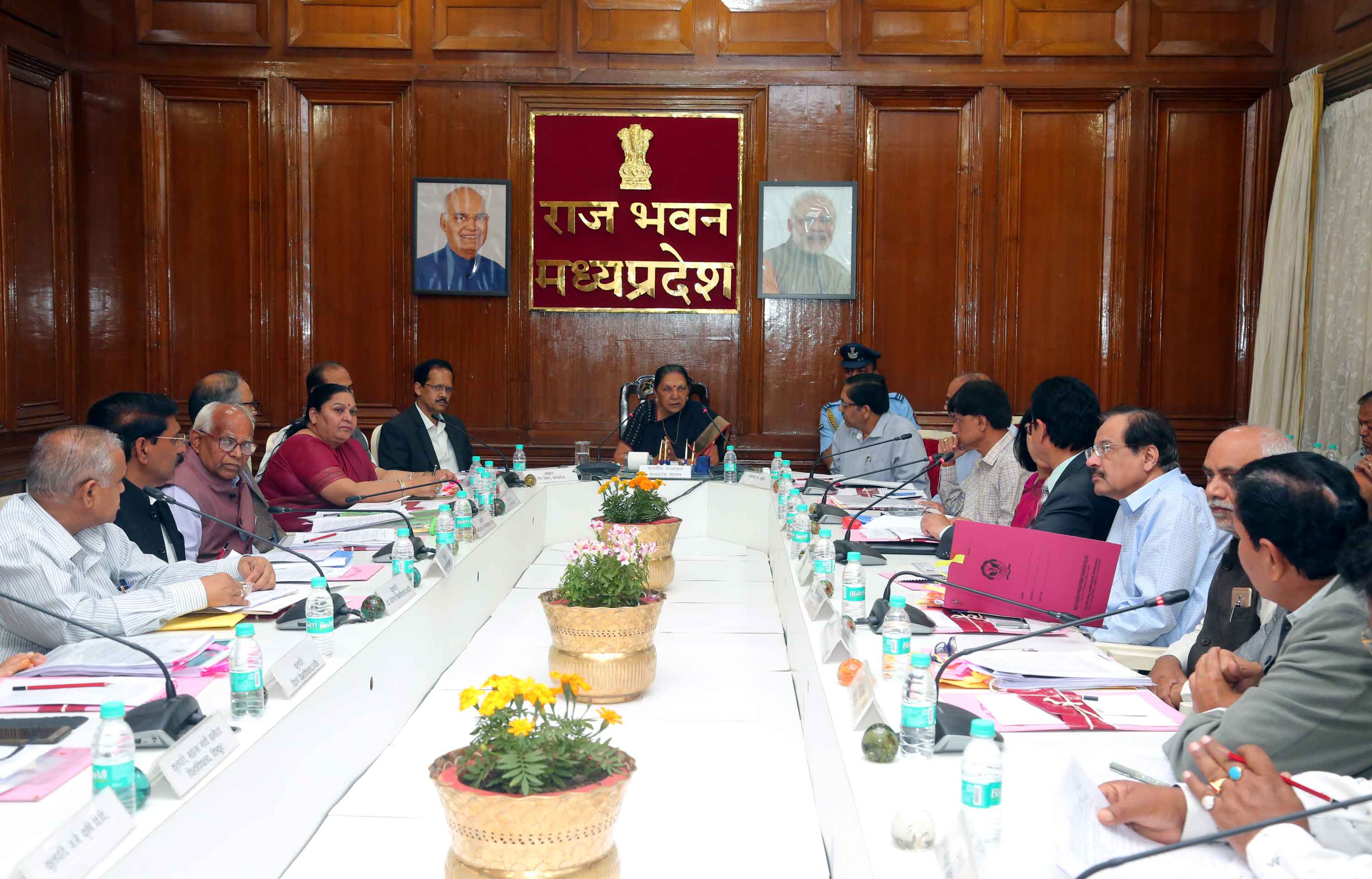 Bhopal : The Governor Smt. Anandiben Patel has said that students’ problems should be redressed responsibly. Efforts should be made to eliminate root cause of the problems to avoid its repetition. Smt. Patel was addressing the meeting of Vice Chancellors at Rajbhavan.

Smt. Patel mentioned that the universities are responsible to build the future generation of the country. It is essential to maintain discipline and order in works to run and manage institutions. She told the Vice Chancellors to conduct a surprise inspection of the colleges under their respective areas and review arrangements. The academic calendar should be followed strictly. Convocation ceremonies should be organized every year mandatorily and let students conduct the ceremony. Degrees in an attractive form should be presented so that it could be displayed. Initiative should be taken to accommodate inspirational messages of great personalities at one place. An exhibition on achievements and works of university during the last one year should be organized. Make arrangement for holding dialogues of students with invited scholars before the convocation ceremony. Their views should also be printed and distributed among the students. Photos of students should be given to them for their permanent remembrance. Arrangement of address of successful students of the past should be made in the programme. Examinations should be conducted under the surveillance of CCTV cameras and bar codes must be printed on answer sheets, she added.

The governor further stated that senior students should be encouraged to give books to their juniors. The received set of books should be kept properly so that the needy students could obtain them according to their requirement. Moreover, universities should initiate to organize enlightening competitions among the students of higher secondary schools. Ensure maximum participation of students in comparison to the last year in the International Yoga Day programme. She mentioned that students in colleges should be encouraged for rehabilitation of ex-servicemen. They should be told to come forward to help the children of the martyr sainiks in their higher education. The Governor has informed that information about the ex-service men will be provided to the universities after obtaining it from the Red Cross at the district level.

A Smart Class project was presented by the National Center for Science Information in the meeting. It was informed that the project will facilitate virtual contact between Universities, University and College, University and Raj Bhavan and conducting about 500 classes simultaneously.