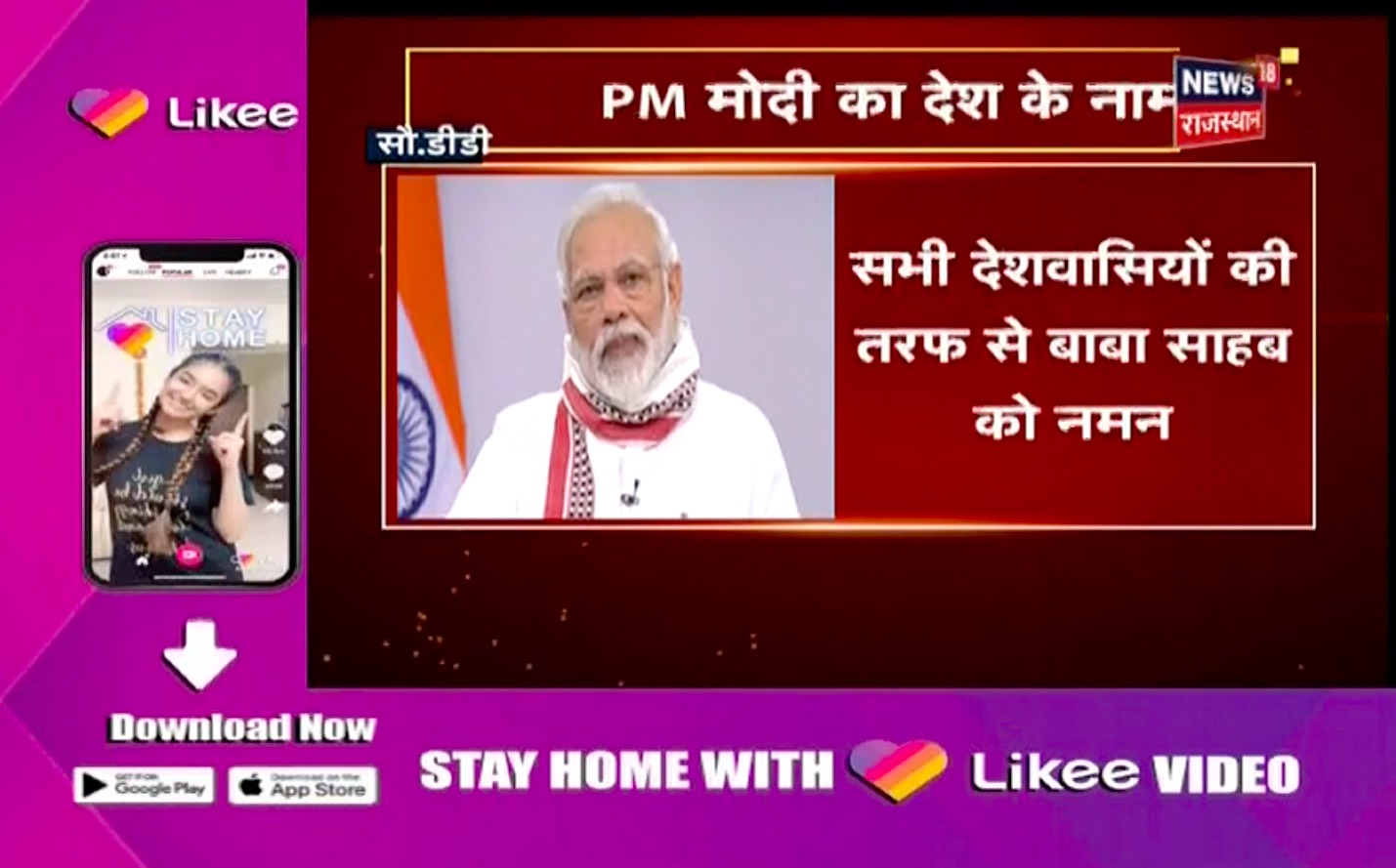 New Delhi: Pioneering short video platform Likee, which is among the most downloaded social media apps globally, has taken yet another step towards fulfilling its corporate social responsibility by urging all to comply with Prime Minister Narendra Modi-led Indian government’s call for staying at homes during the lockdown triggered by Covid-19 aka Coronavirus pandemic. The message was also conveyed by the global platform on some of the most reputed TV news channels during PM Modi’s address to the nation formally announcing the lockdown extension.

The platform, which is home to tens of millions of users from India as well as other countries, has constantly been striving to ensure that its users adhere to social distancing and bolster the worldwide war against the dreaded novel virus. One #LockdownkiHalat hashtag, which is among the top trends on the app, asked all users to share how they are spending time at their homes during the (previously 21 days’) lockdown to save themselves and the society on the whole. The hashtag clocked more than 211 million views. The app also has a dedicated Covid-19 dashboard, furnishing data from different states in India as well as other countries, sourced from the Union Ministry of Health and Family Welfare along with the World Health Organisation (WHO).

Taking the stride further, the global app by Singapore-based BIGO Technology Pte Ltd, has now asked all to #StayHomeWithLikee. As part of the initiative, Likers have been asked to indulge in creative video making and spend their lockdown time with a positive spirit. Likee influencers including Anushka Sen, who is a popular television actress, too will create and post videos around the theme.

Recently, Likee had partnered with Jjust Music and Cape of Good Films to promote #MuskurayegaIndia, which is an attempt by the Bollywood fraternity to spread positivity in these trying times and reassuring that India will smile again. PM Modi himself had taken to microblogging site Twitter to post the music video of the song that starred superstar Akshay Kumar, Ayushmann Khurrana, Kriti Sanon and Ananya Pandey, among others. Actor-producer Jackky Bhagnani and Bollywood singer Palak Muchhal went live on Likee to spread the message among users that everyone needed to stay home and stay safe.

Likee spokesperson Mike Ong said, “Likee is always committed to undertake social responsibility and make contribution to the local society. With a variety of initiatives to support the efforts of the Indian government, Likee has emerged as a responsible global platform in the wake of the COVID-19 outbreak.”

University of Maryland: In Assessing Environmental Risks to Pregnancy, Fathers…

iednewsdesk Jun 22, 2022
While a growing body of research reveals sharp racial and ethnic disparities in adverse birth outcomes linked to…

University of Minnesota: A weird star produced the fastest nova on…