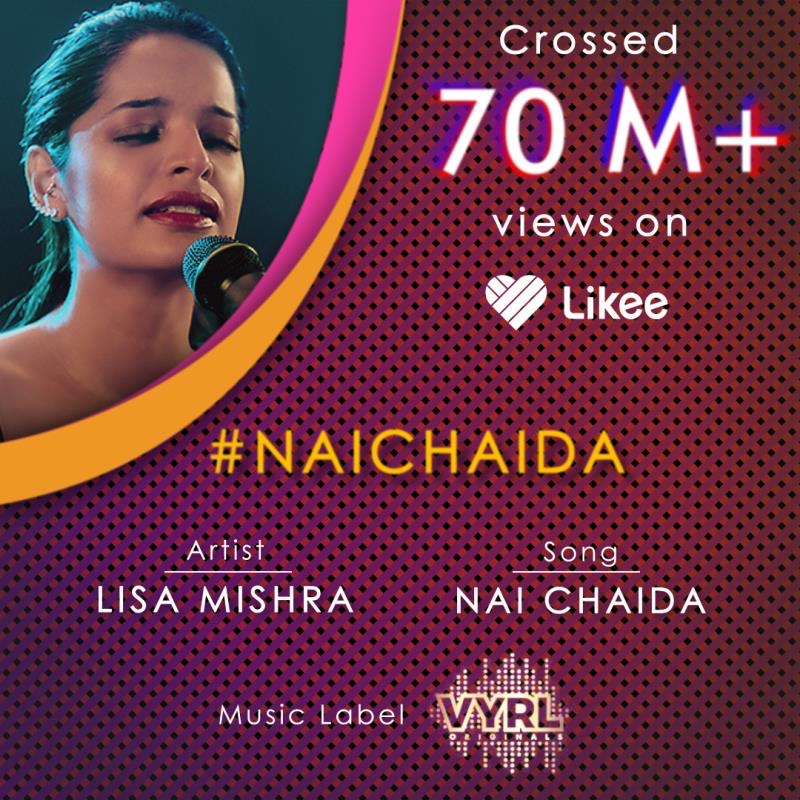 New Delhi: Likee, the pioneering short video platform by Singapore-based BIGO Technology Pte Ltd, has once again collaborated with VYRL Originals to promote ‘Nai Chaida’, the latest soul-stirring single by multi-talented singer and composer Lisa Mishra. The song has been sung and composed by Lisa, who also features in the music video along with actor Rohan Mehra, while the lyrics have been penned by Kunaal Vermaa.

As part of the collaboration, Likee influencers and creators were invited to shoot creative video with the song in the backdrop and share the same under #NaiChaida. Several influencers, including actress Anushka Sen and Bharatnatyam dancer Tanvi, performed on the song and shared their videos with fellow Likers. #NaiChaida clocked more than 70 million views in its first week itself and went on to cross the 100 million mark within the next 15 days, thereby featuring among the top trends on the platform, which is among the most downloaded apps globally.

The soulful rendition by Lisa depicts pain, helplessness and emotions that come along in any long-distance relationship. ‘Nai Chaida’ is the first non-film track of Lisa, who has already sung in films such as Veere Di Wedding, The Sky is Pink and Good Newwz.

Previously, Likee had collaborated with VYRL Originals to promote ‘Aaj Bhi’, a heart-touching number written, composed and sung by Vishal Mishra, and singing sensation Akull’s ‘Laal Chunariya’. The leading global short video app has in the past collaborated with several production houses and music labels to promote independent singles such as Akshay Kumar and Nupur Sanon-starrer ‘Filhall’ and Divya Khosla Kumar’s ‘YaadPiya Ki AaneLagi’. Recently, the app also promoted ‘Muskurayega India’, a song themed around reviving hope during corona-triggered lockdown and starring some of the biggest names from Indian film industry.