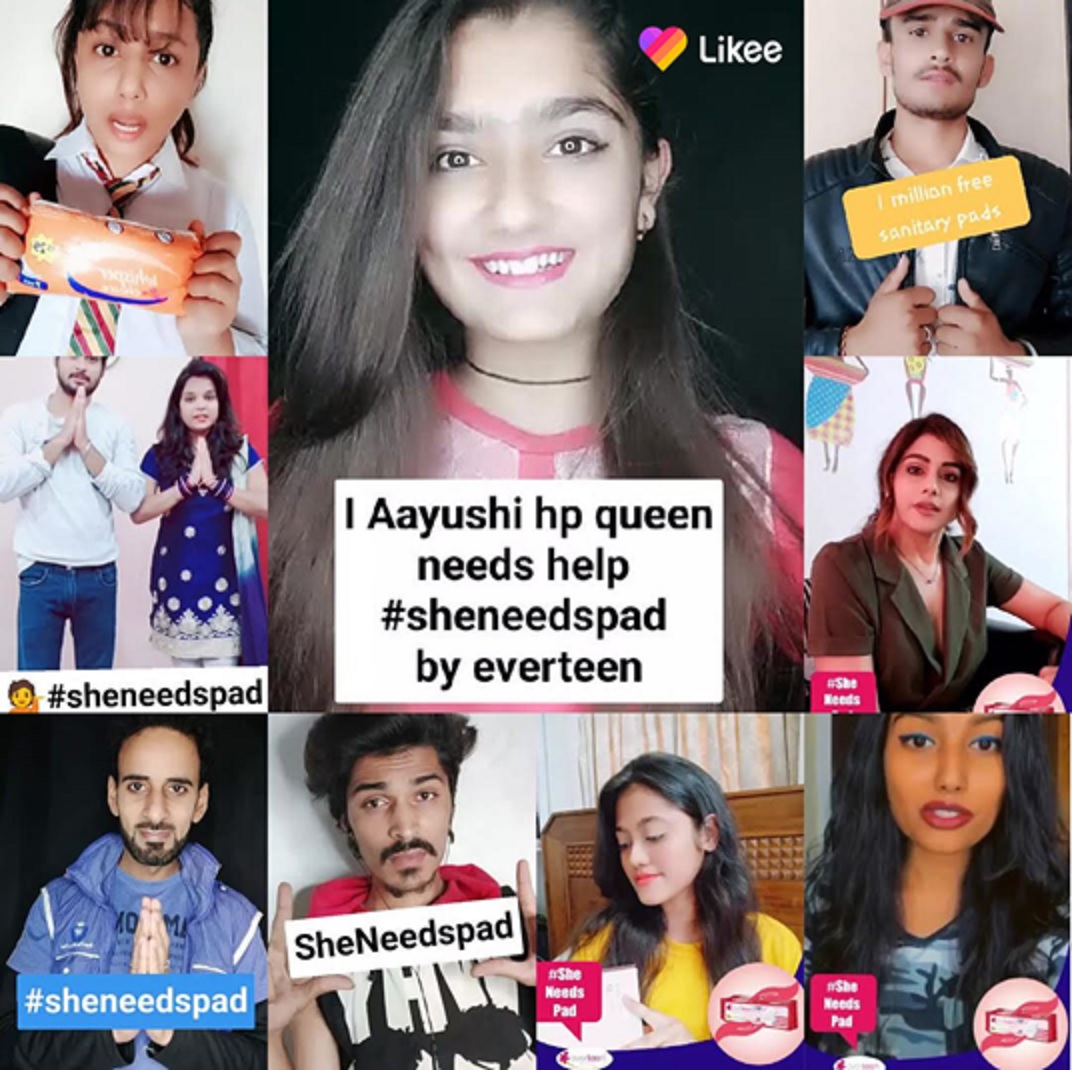 New Delhi: Likee, the pioneering short video platform by Singapore-based BIGO Technology Pte Ltd, has joined hands with leading feminine hygiene brand everteen to come to the rescue of women who are deprived of basic necessities such as sanitary pads due to the ongoing lockdown triggered by Covid-19 pandemic in India. The association is aimed at raising funds and increasing awareness about the initiative titled ‘She Needs Pad’, using Likee’s million-strong user base. everteen is aiming to distribute as many as one million free sanitary pads throughout India through this P2P social initiative.

Likee influencers and creators have joined the cause under #SheNeedsPad, wherein they spread and conveyed the message among people about how some women had been deprived of some basic essentials that they require to lead their day-to-day life. They reached out to their followers and informed them as to how they could help lockdown affected females. Some of Likee’s most popular influencers, such as Bollywood actress Isha Koppikar, Bold Meera and Sarleen Kaur, among others, became a part of the drive and made appeals through their Likee videos.

A hyperlink has been provided under #SheNeedsPad, which has so far clocked more than 30 million views, to redirect users to the website launched for the purpose. The hyperlink also enables Likee users to make donations towards the cause with utmost ease. All information and steps that Likee creators/influencers need to take to support the initiative has been furnished in detail. The website launched for the purpose is www.sheneedspad.com.

Speaking about the initiative, Abhishek Dutta, Head, Likee India, said, “Several people, including women, have lost their source of income because of the ongoing lockdown. We are glad that through the noble #SheNeedsPad initiative, we got an opportunity to stretch out a helping hand to such women.”

Apart from Likee, everteen’s social initiative #SheNeedsPad is also supported by SHEROES, Women’s Health Organization and WhatTheHell among others.

Likee, which was launched in India in 2017, has supported several such initiatives. The platform had earlier launched #LikeeDreams, an initiative that helped those individuals and organizations who scripted their success stories by helping others who were underprivileged.