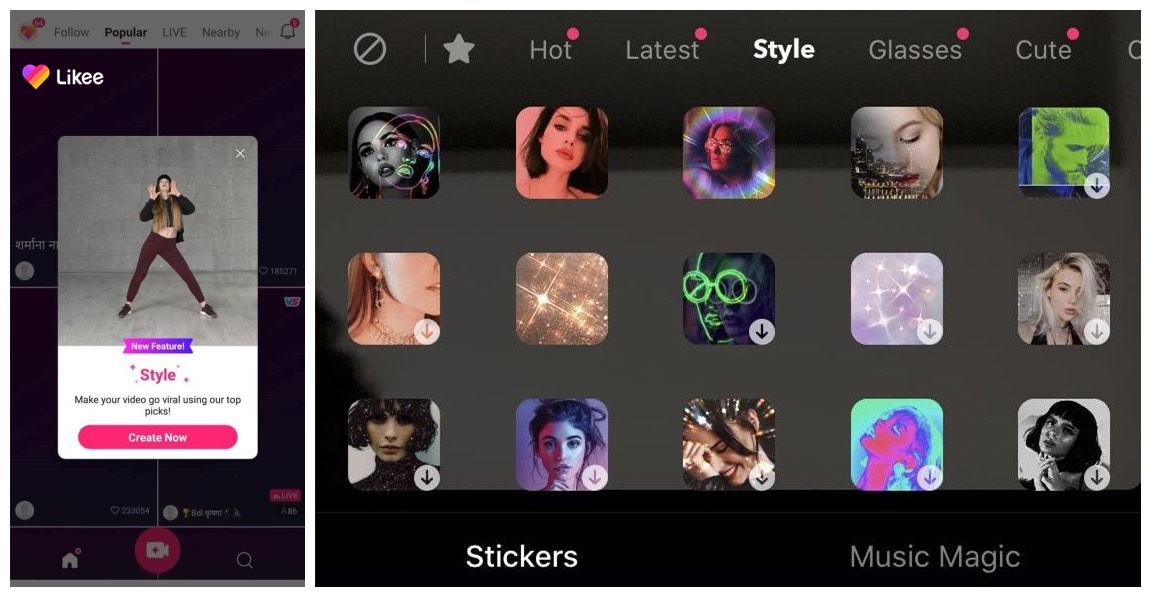 New Delhi: Likee, the pioneering short video creation platform by Singapore-based BIGO Technology, has recently launched a new feature under its ‘Filter’ section called ‘Style’. This addition will further allow creators to pick a video filter which complements a creator’s personality or the theme of the video as desired. By availing the new feature, Likee users can be more expressive, creative and magical.

To access the wide range of options under Style, users can tap on Filter option placed in the right section of the app screen and select Style. The screen will then present a variety of options to choose from, including Black & Gold, Purple Trend, CyberPunk, Wine, Bollywood, Sepia, B5 (black and white), bling, comicbook and more. All the filters add a fun factor to users’ videos who can wrap their emotions, skills and expressions in their own ‘Style’.

This is yet another milestone in Likee’s offerings to the India market. Likee was launched in 2017 and ever since has seen phenomenal growth in India as well as in other countries. The app’s ability to produce emulsified content that resonates with natives of any given region is driving its quick growth. The platform is bullish on providing the best possible filters backed with AI and AR technology.

In India, the app is popular due to its availability in more than 15 Indian languages including, Hindi, Tamil, Marathi, Telugu, Gujarati, Bengali, Kannada, Malayalam and Punjabi. To engage with the users, Likee frequently organizes virtual events such as s talent hunts and other virtual competitions.

The platform’s sharp focus on hyper-localization of the content is contributing to its strong growth. Likee has emerged as an app the youth identifies with. It provides them with a stage to accelerate their creativity, thus producing high-quality video content. It gives them confidence, recognition, and a chance to earn a living. The app has become widely popular in India and also globally. In recent reports by App Annie and Sensor Tower, the app is among the top 10 most downloaded apps in the world.