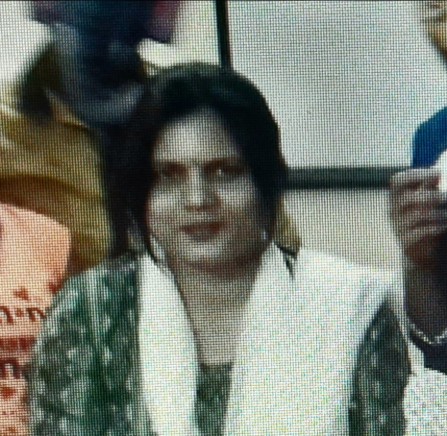 Literacy among tribal Girls and women- “an overview”

Literacy and Educational attainment is one of the important indicator of any  country’s level of human development. Education is essential for everybody irrespective of gender, caste, class, colour and creed , it  is essential for both men and women. Education is a tool that enable women to find the right path  for their overall  growth and development.  Even today in most of the  States  the tribal women are suffering  due to blind beliefs, superstitions, orthodoxy and ignorance, though  Scheduled tribe women and Girls are guaranteed Constitutional rights as well as rights under specific laws constituted by Parliament, especially for PESA( Panchayats ( Extension to Scheduled areas)  areas.

The overall literacy rate of the Schedule Tribe in Odisha increased from 23.4% in 2001 to 41.2% in 2011. Despite this improvement it remained lower than the national average which stood at 47.1 per cent. (Source: Data highlights: the scheduled tribes Census of India 2011)

The tribal drop-outs at primary, upper primary and secondary level was much higher than that of the general population in 2001- 02. The data on drop-out rates for the period 2005-06 to 2011-12 indicate a decreasing trend and hence an improvement in the status of school-going tribal children at all levels. During 2005-06 to 2011-12, the all India dropout rates fell down by 3.4 per cent for all children in classes 1-5 and 4.5 per cent for tribal children. In 2010-11, the dropout rate in 1st to 5th standard got reduced in all cases including ST children. ( Source: Internet selected Educational statistics)

However, the same phenomenon is not noticed in higher classes. On the contrary, the dropout rate increased in 7th to 10th classes in rural areas. The reasons for girls dropping out of schools have been varied. It could be due to the impact of external factors like lack of security of the girl while travelling to school, lack of security at school premises, lack of or no separate functional toilets for girls in school, lack of female teacher in schools and internal factors like the understanding of the need for education for a girl child by the parents, not interested in studies,  most of the parents belief a girls future is linked to marriage and child bearing,  girls are required for domestic work/household work, getting married in early age, girls are required for the care of siblings  at home etc. It requires to train and educate the parents and to create consciousness in them to send their girl children to schools and colleges as well as there is a need to create interest among the girls towards education  through counselling, sharing success stories, motivational talks etc.

The government of India has introduced Various gender specific schemes and programmes  at different  phases of time with the objective to encourage girls literacy. To encourage Girls   education State government of Odisha  has provided scholarships  to students  both at pre-matriculation  and post –matriculation  levels, boarding and hostel facilities for girls, bicycles for girls  and exclusive schools for the  girls from marginalised communities.  The government has given special focus on Educational and other infrastructure development in schools in tribal and backward areas through various schemes to improve retention rate and to check drop out among underprivileged students.

The main aim of taking steps to encourage  scheduled tribe women and girls to educate  is to change their patterns of life, to make them economically independent, to motivate them to organise themselves, to educate them to  understand their rights and responsibilities, to make them understood their situations, analyse the situations and enable them to participate meaningfully  and contribute for their overall development, development of women and girls and development of the society as a whole.

The population of STs is very high in some states and in some states there are no STs. With regard to the literacy rates, female literacy has raised considerably in the past four decades both in urban as well as rural areas. Moreover the percentage of Schedule Tribe girls in higher education has been gradually increasing.

JICA reaffirmed its continuous support to economic-social development of India

High Skilled Migration during and post Covid 19:Perspectives from Latin America and…

High Skilled Migration during and post COVID-19: Perspectives from Latin America and…