Recorded footage of discussions has been published online, complementing Leigh-Anne’s ‘Race, Pop and Power’ BBC Three documentary, in which the singer-songwriter embarks on a personal journey to understand how she can use her platform and privilege to combat racism in society.

“I wanted to use my voice to address colourism because I am so aware of how awful it is and it is just something that needs to be spoken about,” said Leigh-Anne.

I wanted to speak about my experiences and the way I felt in the band, being the black girl in the band and people identifying me as the black girl. I really wanted to explore why I felt so overlooked, so shadowed and it was down to my colour. 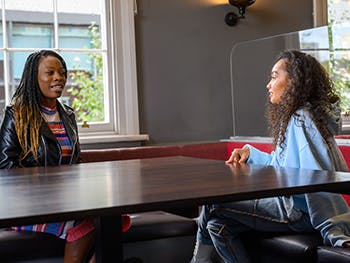 Leigh-Anne rose to fame in 2011 as part of Little Mix – the first group to win ITV’s ‘The X Factor’. Best-known for hits ‘Shout Out To My Ex’, ‘Black Magic’ and ‘Wings’, the girl-group has won three Brit Awards and sold more than 50 million records worldwide.

iednewsdesk Apr 11, 2022
Kiwifruit flesh exhibits various colors, ranging from green to yellow, red and even purple. In kiwifruit, the red…

University of Exeter: Blockchain has potential to redefine democracy…

University of Exeter: Musical treasures from West Side Story, The Pink…

University of Bristol: Africa researchers team up with Bristol in…