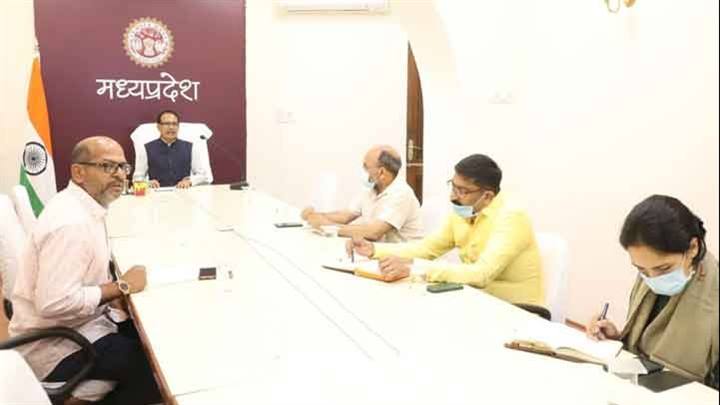 Bhopal: Chief Minister Shri Shivraj Singh Chouhan has said that the district administration should increase its efforts for placement of local youth in various industrial institutions. Youth should also be linked with various employment schemes through employment fairs. The Collector should also constantly review the efforts of adding unemployed youth in small, medium and micro industrial units.

Chief Minister Shri Chouhan directed to give benefit the unemployed persons under Mukhyamantri Udyam Kranti Yojna, Mudra Yojana as well as Street Vendors Welfare Scheme. He said that survey work has been done for the economic upliftment of street vendors in rural areas. Eligible beneficiaries should be benefited.

Chief Minister Shri Chouhan directed the officers of Panchayat and Rural Development Department to link women self-help groups with various livelihood activities. Necessary facilities should be made available to the groups as per provision.

Communication, electrical and road facilities should be developed

Chief Minister Shri Chouhan said that communication, electricity and road facilities should be developed in rural areas. Action should be taken to implement the proposals received for setting up towers of various communication companies and setting up new power sub-stations. The way in which damaged roads are being repaired in urban areas, during the rainy season the same way works in rural areas must also be completed.