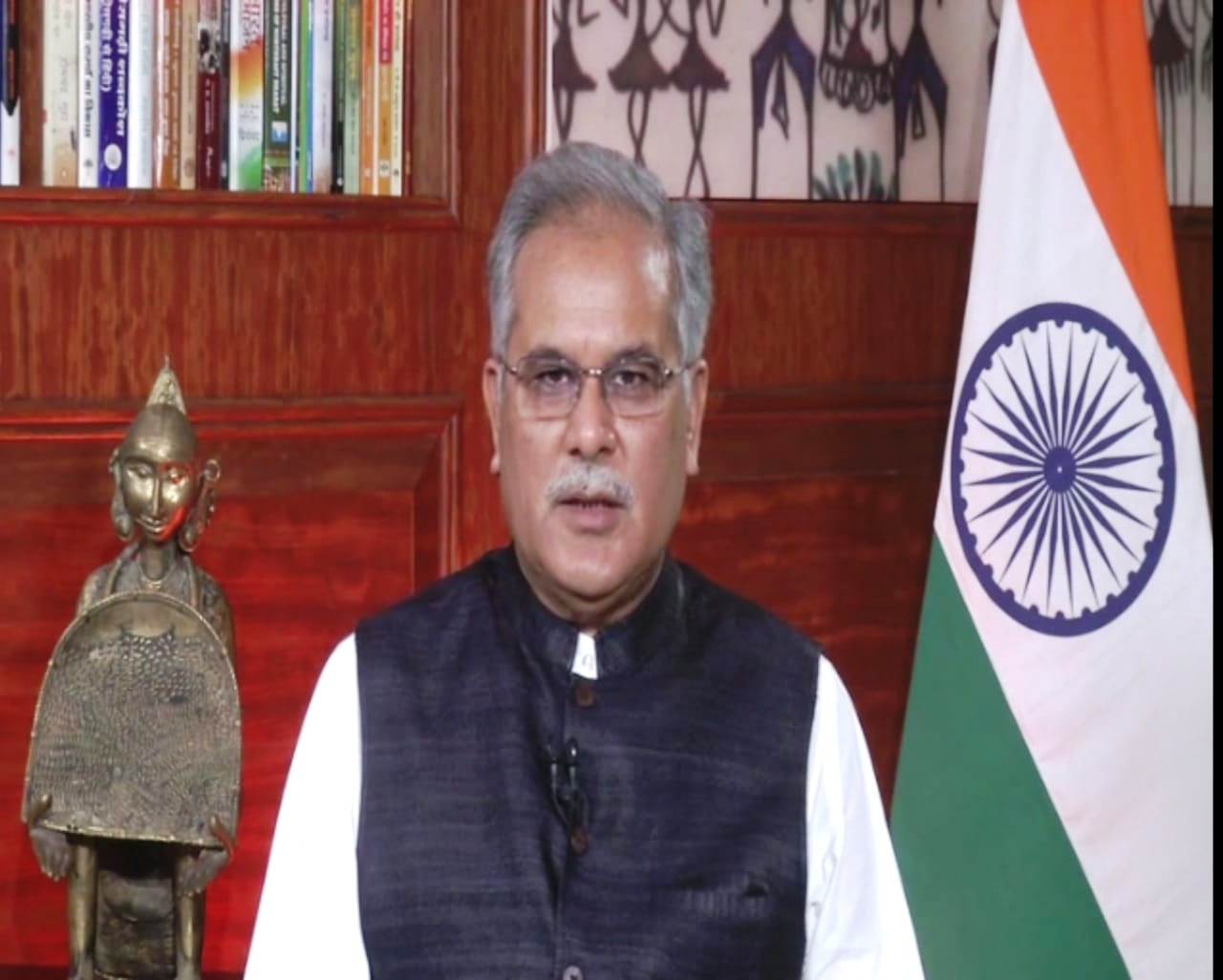 Lockdown extended in Chhattisgarh: Decision to be taken after reviewing the circumstances on April 21 : Mr. Bhupesh Baghel

Raipur: Chief Minister Mr. Bhupesh Baghel has said in his message to people that for prevention of corona virus infection, lockdown period in Chhattisgarh has would be extended. Decision in this regard will be taken after reviewing the circumstances in state on April 21. The districts, where the situation is under control, will be provided relaxation as per the guidelines. For this, it is important that norms of lockdown are strictly followed in each district. Mr. Baghel appealed people to be particular about wearing masks, washing hands and practicing physical distancing regularly.
Chief Minister said that it is the first time in our lives when are experiencing a crisis like this, a testing time for our patience, trust and confidence. With cooperation of people in Chhattisgarh, situation of corona infection is under control. Chief Minister thanked people of the state for cooperation, patience and support they have shown in the first phase of lockdown. The sooner situation of corona virus infection comes under control in your district, the sooner you can expect relief from lockdown.
Chief Minister said in his message that State Government has pledged to ensure that no person has to go to sleep without food. Government has decoded to provide free ration to 56 lakh ration card holders in state. Issuance of new rations is also in progress at war footing. State Government has decided that in case any person in need does not have ration card due to any reason, they would be provided free ration of one month free of cost.
Mr. Baghel said that labourers, who had come to Chhattisgarh from other states and were engaged in construction and development works in the state, do not have to worry about going to their home towns. Mr. Baghel requested these labourers to consider Chhattisgarh as their home while they are here during lockdown period. State Government is making complete arrangements of food and stay facility for them.
Chief Minister said that the labourers of Chhattisgarh who are stranded in North India, Maharashtra, Telangana, Andhra Pradesh and other states are requested to stay there. Chhattisgarh is speaking to those state governments to food and stay arrangements for them. Helplines have been launched for helping labourers and nodal officers have also been appointed, who are constantly in touch with other state governments to help such people in need. They do not have to worry for their family members here, as state government is taking care of them as.