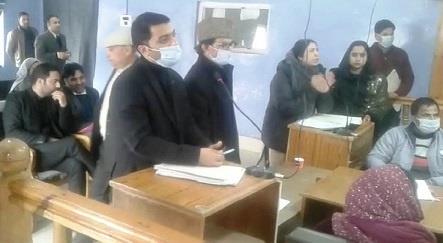 For settlement of cases referred to the said Adalat, one bench was presided over by Naseer Ahmad and attended by Aadil Mushtaq (Special Mobile Magistrate Anantnag) as constituted member.

As many as 17 cases were taken up, out of which 07 cases including 01 Recovery Suit were settled on spot in presence of the concerned parties.