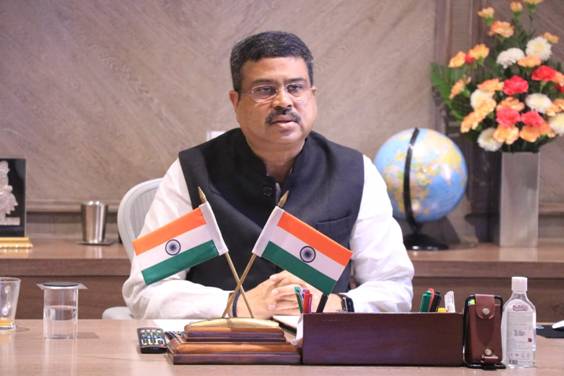 The Bill, introduced by Education Minister Dharmendra Pradhan in the Lower House, seeks to convert the Vadodara-based National Rail and Transportation Institute, a deemed university to Gati Shakti Vishwavidyalaya which will be a central university.

Opposition parties including the AITC, Congress, and the DMK boycotted the discussion on the Bill in protest against the raid by central agencies, which they termed were targeted at opposition leaders. Persistent sloganeering by the opposition members forced the chair to adjourn the House for about an hour till 4 pm.

When the discussion resumed, Union Minister of Railways Ashwani Vaishnaw allayed fears of brain drain and added that in sectors like telecom, electronics, and Information Technology, students who had left the country and gone abroad have returned to India to share their skills either by associating or launching start-ups. He also said, the focus of the institute will be on five major aspects – transport-focused courses, skill development, applied research, technology development and transport economics and infrastructure financing.

Echoing similar sentiments, Education Minister Dharmendra Pradhan said there is a need to deviate from the concept of government-funded universities. He said, alumni of various educational institutions are now supporting their alma-mater to improve their standards.

Initiating the discussions, Vadodara MP Ranjanaben Bhatt (BJP) said, that the advancement of technology has made it imperative for training in specialized fields and the need for such courses which would guarantee immediate jobs.