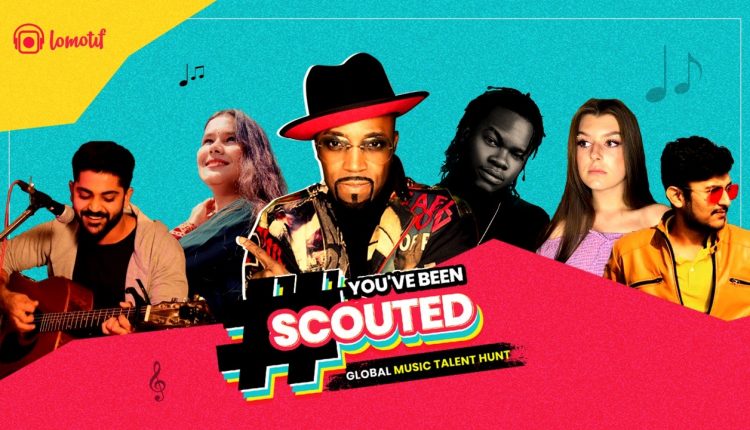 New Delhi: The long wait for Lomotif’s worldwide talent hunt ‘You’ve Been Scouted’ has finally reached its most exciting level. Among the top 5 contestants who have been shortlisted by the community of users, three are from India — Aaditya Chaudhari, Yatin Kumar and Sneha Chand. The remaining two, Hakim Famoritiye and Marina Tsyura, are from Nigeria and Ukraine, respectively. The finalists will be battling it out for the grand prize and one global winner will be announced next Saturday, 25th September.

The talent hunt on the app had over 2 million views till last week. The worldwide winner will get a $250,000 record deal, which includes a song produced by Teddy Riley, a Grammy® Award-winning music producer, singer, lyricist and multi-instrumentalist, who has worked with iconic artists such as Michael Jackson, Lady Gaga, Pharrell, and BTS.

The nine-week-long competition, a Lomotif and Teddy Riley partnership, has tasted huge success with participation from 30 countries, including India, Russia, Nigeria, Australia, Canada, France, the United States, and the United Kingdom. All rounds were scored based on user votes. Participants were judged on their vocal technique, expression and performance quality. Well, not to forget, the contest’s main reward, which will be announced next week, is of a colossal stature. Palak Muchhal, the popular Indian playback singer, scouted participants from India for the global talent competition. She also provided guidance to the contestants as to how one can garner more likes/views/votes and enter the final stages of the competition.

Speaking about his journey in ‘You’ve Been Scouted’ so far, Aaditya Chaudhari, the 21-year-old from Vadodara, Gujarat, said, “It’s been a wonderful learning experience. Lomotif allowed me to showcase my capabilities through their platform and reach out to a wider audience. This opportunity and exposure will help me reach my goals and fulfill my dream. I wholeheartedly thank Lomotif for this incredibly beneficial initiative that provided opportunities to many talented artists out there waiting to be recognized. Competitions are often stressful, but this one was super fun. I enjoyed participating in all the tasks that were assigned to us.”

Speaking about the campaign, Paul Yang, Co-Founder & Chief Executive, Lomotif, added, “The response around the talent hunt from all the participants and our millions of users has been overwhelming. ‘You’ve Been Scouted’ is aimed at helping talent across the globe by providing them a platform to thrive. Through this competition, we were able to connect with people from different countries on a virtual level and the experience has been an enriching one. We were blown away by the number of talented people we discovered through the competition and are pleased to see that the top three entries are from India along with one from Nigeria and Ukraine each. At Lomotif, we constantly attempt to entertain our viewers, offer them something new and fresh along with doing our bit for the society. Lomotif is much more than just a video creation and sharing platform.”

If you want to see India win all the top three spots, do vote for your favourite contestant using the Lomotif App. Your love and support matters.