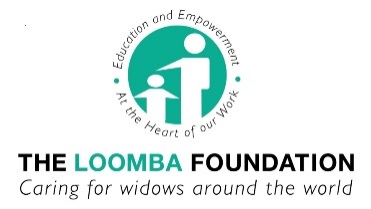 Varanasi: The Loomba Foundation, a United Nations-accredited global NGO that focuses exclusively on the cause of widow empowerment, hosted an event in Varanasi, to commemorate the completion of their project of providing skill training to 5000 widows. Prime Minister of India, Narendra Modi had flagged off this project in January 2016, which includes providing a 2-months’ skills training certificate course in garment-stitching and a foot-operated sewing machine to 5000 widows in Varanasi. Sewing machines were distributed to 1500 widows who were present at the event. Mr. Ram Charitra Nishad, Member of Parliament, Machhlishahr was the Chief Guest at the event.

The event began with the lighting of the lamp and a floral welcome for the dignitaries. This was followed by the Founder and Chairman Trustee of The Loomba Foundation welcoming the guests.

Addressing the audience at the event, Lord Loomba, Founder and Chairman Trustee of The Loomba Foundation said, “I would like to welcome and thank you all for attending our event today. We are delighted to complete the last milestone of our project to empower impoverished widows in society. Varanasi has the largest number of widows in India and we have been striving to ensure that our support reaches as many widows as possible to become self-sufficient and independent to financially care for themselves and their children.”

After the address by key dignitaries, students from Banaras Hindu University performed for the audience as part of the cultural program for the event. The cultural event included dance and singing performances by the students, post which they performed a play which beautifully portrayed the challenges that widows in our society face.

In a gesture of support and encouragement, sewing machines were given to 10 widows, with a vote of thanks by the Trustees of The Loomba Foundation.

“It is an honour for us to support The Loomba Foundation in their cause to help widows and their families in our country stand on their own feet. This is a huge landmark that The Foundation has accomplished and we’re very happy to be a part of this initiative”, said Mrs. Rachna Maurya, Training Centre-in-charge, Rachna Silai Centre, Jaitpura, Varanasi, while she spoke about her experience with the project.

The Loomba Foundation works for the welfare of widows in India and assists over 13,000 widows in nine states. For almost two decades, The Loomba Foundation has been empowering several thousands of widows in different parts of the country. It has also provided five-year-long education scholarships to more than 10,000 children of poor widows and supported more than 60,000 of their family members across 29 states in India. Currently, it is educating approximately 1600 children of poor widows in 13 states of India including Chhattisgarh, Delhi, Jammu & Kashmir, Karnataka, Maharashtra, Punjab, Tamil Nadu, Telangana and Uttarakhand.

The Foundation was started by Lord Raj Loomba who has been honored with several recognitions and accolades including the Indian Government’s Pravasi Bhartiya Samman Patra; the United Nations Association of New York’s Lifetime Achievement Award; the Forbes India Philanthropy Award; British Asian of the Year Award; and, an Honorary Fellowship by The University of Northampton. It was due to the efforts of Lord Loomba that the United Nations recognized 23rd June as International Widows Day which has helped bring the world’s attention to this neglected humanitarian crisis that impacts more than 259 million widows and their 584 million children worldwide.