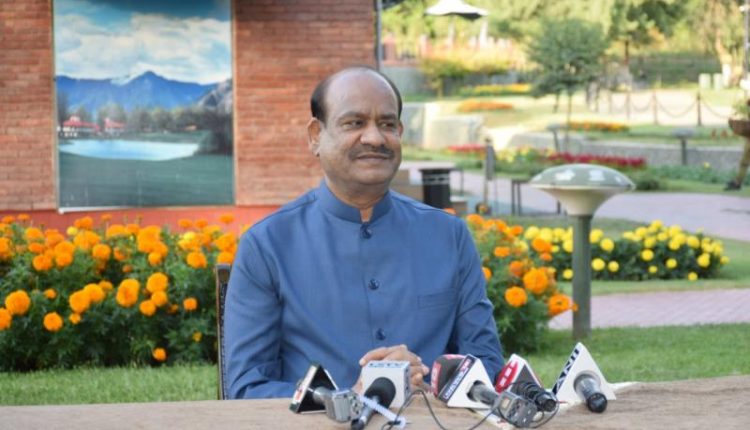 The Parliamentary Outreach Programme for the Empowerment of Panchayati Raj Institutions is a unique initiative of the Lok Sabha Speaker, Shri Om Birla. A first of its kind Programme, it is intended to strengthen the institution of governance and planning at the grass-root level.

The third such programme in the series was recently organized for the grass root level institutions of the Union Territory of Ladakh on 27 August, 2021. Around 195 number of Panchayat representatives attended the programme.

The fourth such programme is scheduled to be organized for the Union Territory of Jammu & Kashmir on 31 August, 2021 at Srinagar. The theme of the programme is “Parliamentary Outreach Programme for the Empowerment of the Panchayati Raj Institutions”.

The broad objectives of the Programme are:-

ii. Create self confidence/self respect for the ground level leaders

iii. Creation of sense of ownership of the assets that have been created

v. Creating the awareness about the various schemes and the doorstep delivery – opportunities for development work

vi. Opportunity to develop a network and push the aspirational level of the ground level leadership.

Shri Birla will also visit Pahalgam and Gulmarg to meet the Panchayat representatives.

Delegates have already started arriving at Srinagar for the programme.

On his arrival at Srinagar, Shri Birla said that recently Parliament’s engagement with grass-root level democratic institutions has taken a huge leap. He added that 14 Parliamentary Committees with more than 300 MPs have visited the UT of Jammu and Kashmir which reflects the commitment of the Parliament towards democracy and development at the grass-root level in the UT of Jammu and Kashmir.

Shri Birla also said that the Members have met with the common people and listened to their problems, which has created a positive atmosphere in the Union Territory.

Speaking about the Azadi ka Amrit Mahotsav Shri Birla said that in the glorious journey of the 75 years of independence, Indian democracy has gone from strength to strength and the successive goverments have contributed to strengthen democracy in India.

Shri Birla informed that the Outreach initiative of the Parliament is a step towards capacity building and improving accountability and transparency of the Panchayati Raj Institutions.