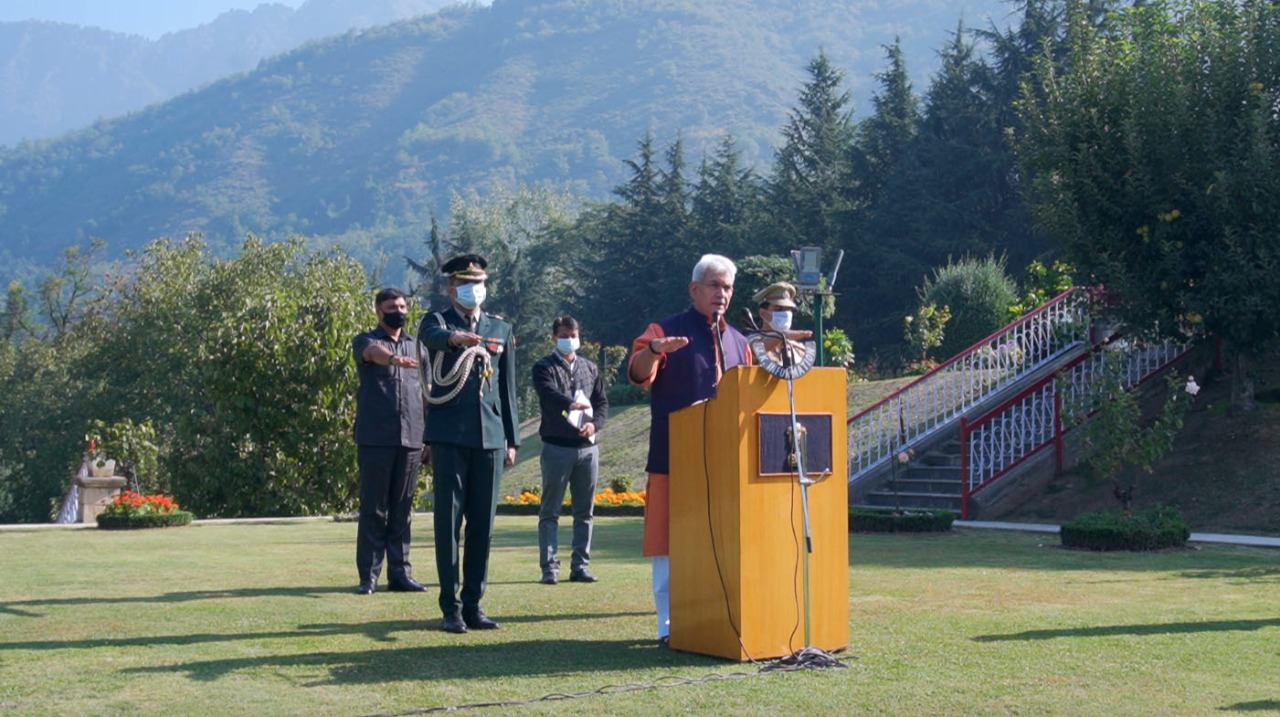 Srinagar: To commemorate the 151st Birth Anniversary of Mahatma Gandhi, Father of Nation, the Lieutenant Governor, Manoj Sinha today administered the Swachhta Pledge to the Officers, Officials and Staff members of the Raj Bhavan and the Civil Secretariat.
Advisors to the Lt Governor; Chief Secretary; Financial Commissioners; Administrative Secretaries, HoDs, and other senior officers, officials, and staff members participated in the Swachhta Pledge taking ceremony at Raj Bhavan and Civil Secretariat.
The pledge is a resolve of the J&K Government to cherish and reinvigorate the ideals propounded by the Father of the Nation, one of which was his love and emphasis on cleanliness (Swachhta).
All the participants took a pledge to initiate the quest for cleanliness with themselves, their family, their locality and workplace, besides spreading the message of Swachh Bharat Mission.
It is a unique way of the Government to motivate and sensitize the people across the UT to remain committed towards cleanliness and devote time for this and discharge their duty to serve the county by keeping it neat and clean.
Pertinently, the J&K Government has decided to organize Swachhta Pledge ceremonies in all offices across the Union territory of Jammu and Kashmir on the occasion of Gandhi Jayanti. All the Administrative Secretaries/Heads of the Department/Deputy Commissioners were directed to organize pledge taking ceremonies in all the offices and institutions under their jurisdiction on the morning of 2nd October, 2020.

Commencing of Back to Village programme, perfect way to honour Father of the Nation: Lt Governor