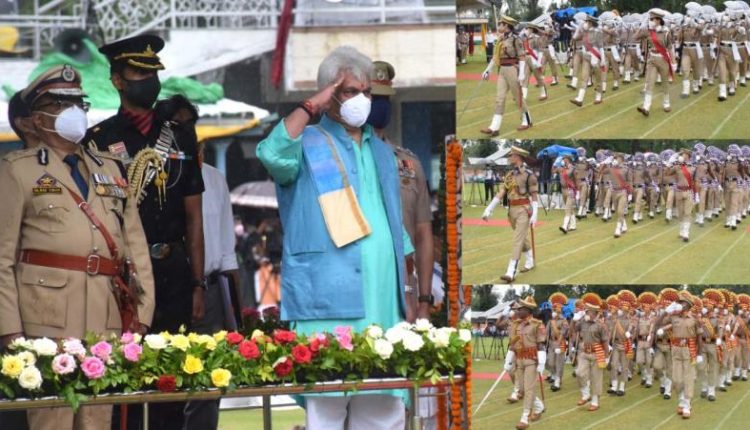 SRINAGAR : Lieutenant Governor, Manoj Sinha hoisted the Tricolour at the function on the historic occasion of the 75th Independence Day, at Sher-i-Kashmir, Cricket Stadium, this morning.

The Lt Governor inspected the parade and took salute at an impressive march past.

Filled with patriotic ethos of our great nation, the colourful celebrations of the 75th Independence Day remembered the sacrifices of our Bravehearts and rekindled the spirit of Indian freedom movement.

An impressive display of Bhand Pather and a Bhangra performance were also presented on the occasion.

The Contingent of CRPF was adjudged as the best while BSF and JKAP were announced as first and second runners up.

Similarly, the JKP Pipe band was adjudged as the best band while Brass bands of BSF and JKP stood first and second runners up.

The Lt Governor announced a cash prize to all the contingents of the Independence Day parade and groups who presented the cultural items.

The winners of the National Anthem singing competition held at the District level led the national anthem during the celebration of our national festival.