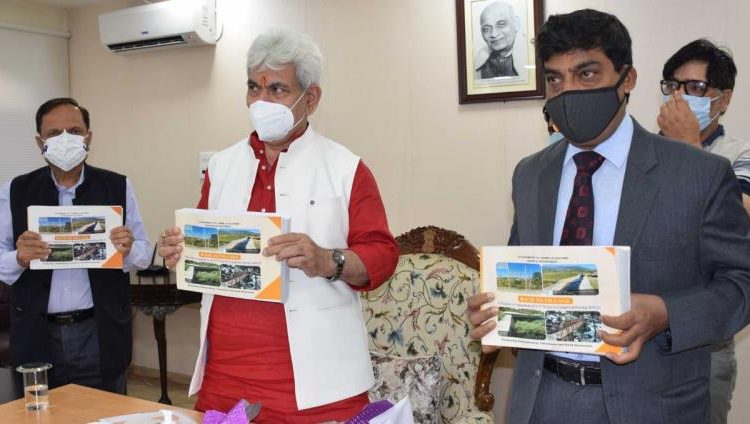 SRINAGAR: Lieutenant Governor, Manoj Sinha today released the e-Compendium of 2177 projects completed under Back to Village Programme during 2020-21, compiled by Finance Department, here at Civil Secretariat.

While speaking on the occasion, the Lt Governor outlined the impact the Back to Village Programme has made in taking governance to the grass-roots level.

J&K Government embarked on a unique mission- Back to Village (B2V) which has been a catalyst for development and a revolutionary step for people-centric governance, observed the Lt Governor.

Giving a pictorial depiction of as many as 2177 projects completed under the Back to Village programme, the newly released e-Compendium rightly depicts the success of ambitious initiative of the J&K Government, said the Lt Governor.

The UT Government has laid down a strong foundation through programmes like Back to Village where the top levels of administration and local population are working in a spirit of Jan-Bhagidari, thus empowering the people in a true sense, said the Lt Governor.

Highlighting the significance of putting the Government’s work in the public domain, the Lt Governor observed that the e-books are part of the efforts of the Administration to enhance transparency and accountability by providing information that can be easily accessed by the citizens, besides serving as a reference for all stakeholders, including policy planning and executing agencies.

Pertinently, the public outreach programme-B2V even gets a mention by the Prime Minister in the ‘Mann-Ki-Baat’ as a festival of development, public participation and awareness.