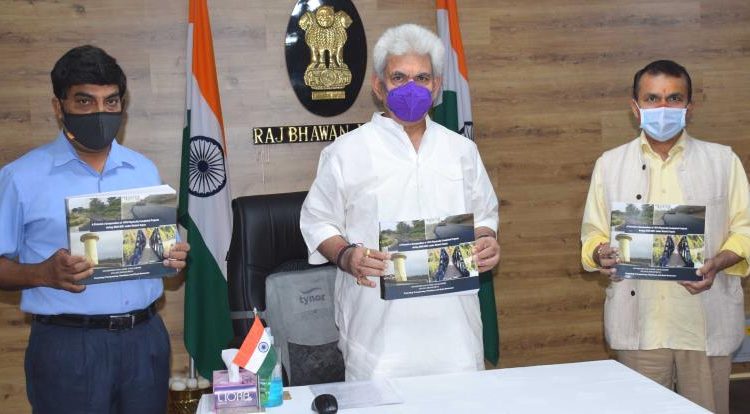 The publication of the compendium is part of transparency framework to inform stakeholders of developmental works and enable them to participate in the process of identification and execution of works, which has assumed even greater significance in view of grass-root level planning process being promoted in the UT after the landmark implementation of 73rd and 74th Constitutional Amendment Act, observed the Lt Governor.

The Lt Governor noted that the number of projects completed during 2020-21 at 1676 is higher than 1165 projects completed during 2019-20, despite the Covid 19 pandemic, which is result of a host of reforms institutionalized in project execution, such as mandatory Administrative Approval, e-tendering, physical verification, due budgetary provision, submission of geo-tagged photographs and online payment through JK PaySys.

It is an attempt to bring about greater accountability, the characteristic of emerging work culture in the UT, the Lt Governor said.

The District Capex is an extremely important component in the overall developmental framework of the Districts of J&K. The government has put all the 1676 infrastructure projects completed during 2020-21 into public domain with geo-tagged photographs.

Initiated last year, this practice involves putting every government work into public domain so that people participate in monitoring of expenditure being incurred under various schemes. The objective behind this is to ensure that money is spent as per the needs and aspirations of general public to address the gap between what is projected and what is actually achieved on ground, he added.

Urging people to actively participate in the developmental process so that projects implemented are in line with their needs, the Lt Governor said that the novel initiative is aimed at making the administration more responsive, besides inculcating a kind of responsibility among all the stakeholders from top to grassroots level.

“It will sensitise actual beneficiaries to be watchful and take due interest in making every penny spent from government coffers attain what it is envisioned to achieve originally while envisaging such developmental activities. This document is a visual glimpse of what we have achieved, and what needs to be done going forward”, the Lt Governor added.

The Lt Governor instructed all the Deputy Commissioners to host the relevant portions of this compendium on their district websites so that maximum number of people gets access to the same. He also asked them to encourage people to come forward with their feedback so that necessary action is initiated as per their suggestions.

Sh. Arun Kumar Mehta, Financial Commissioner, Finance Department, while speaking on the occasion, said that several procedures have been streamlined in the UT of J&K under the guidance of the Lt Governor, with the objective of improving public service delivery.

This e-Compendium provides information which can be easily accessed and understood, besides serving as a useful reference for all stakeholders, he added.

Sh. Nitishwar Kumar, Principal Secretary to the Lt Governor was also present on the occasion.