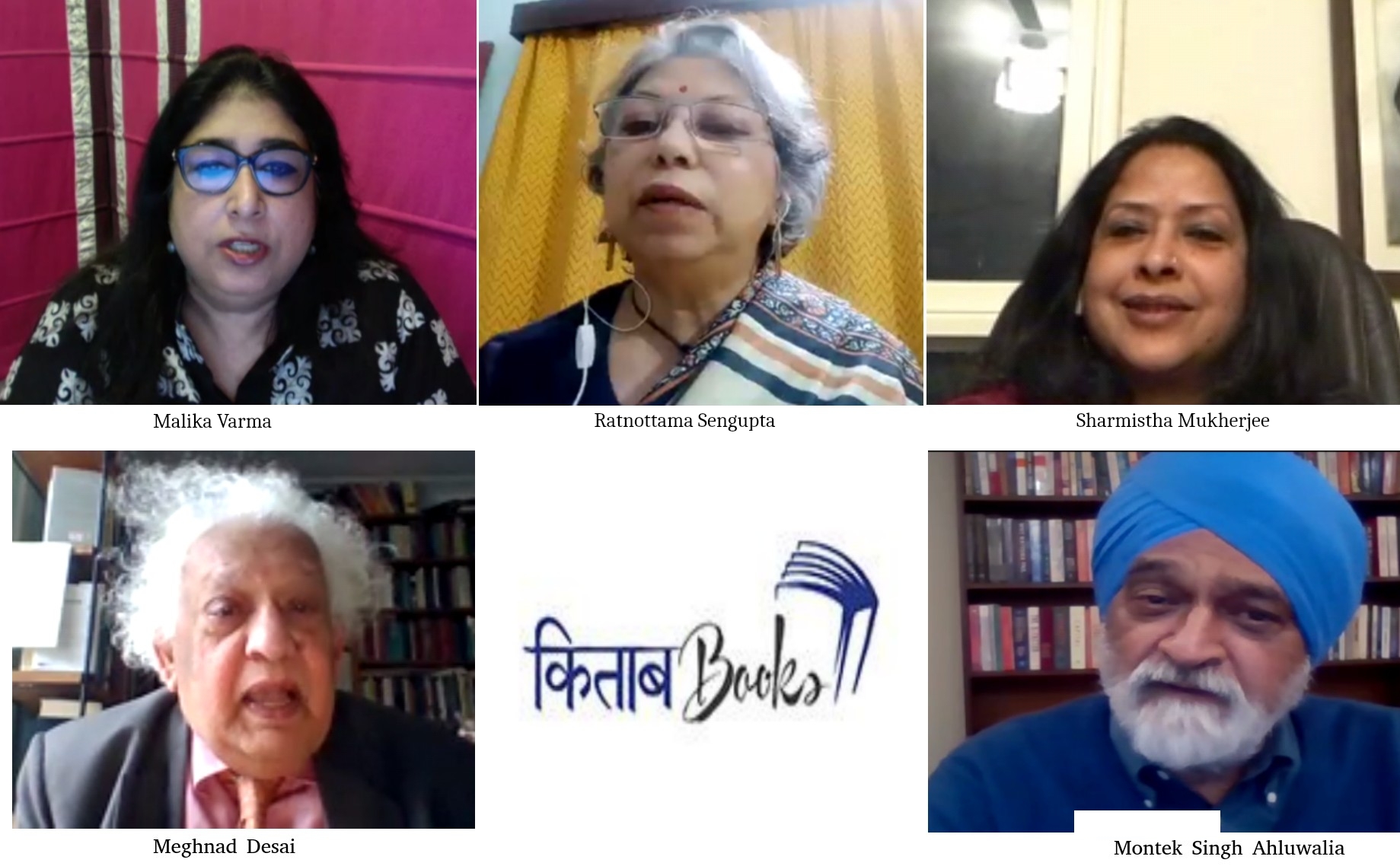 “He (Lt Pranab Mukherjee) also opened up a large section to Bhavan to the people of India and made it people-friendly by starting the artist-residential centre where he would invite the scholars, the artistes, the writers, the young innovators and scientists so that they could also come and become a part of the history – learn, understand and appreciate the place,” she added.

Lord Meghnad Desai joined in from London, said, “The arrival of BJP in 2014 was the biggest political earthquake. Pranab Mukherjee had a career spanning 48-years and when he became the President he had a novice Prime Minister who had a lot to learn and he could guide the prime minister because he had already been with one in his tenure and he carried it out beautifully. In the annals of Indian presidency you don’t have anyone with that range of contacts and cabinet positions. He knew the ways the government worked. He was a complete master of details.”

Montek Singh Ahluwalia, said, “Pranab Mukherjee maintained propriety and gave advice when asked. My personal experience with him, when I interacted with him on a flight sitting next to him when he was not in office and I was a civil servant. For the next hour-and-half I had one of the most fascinating and illuminating discussions with someone who had lived that history. He used his knowledge of details to make things come alive precisely in the areas I was talking about.”

The recently published The Presidential Years: 2012–2017 is Late Pranab Mukherjee’s final book in the four-book series namely The Dramatic Decade: The Indira Gandhi Years, The Turbulent Years: 1980 – 1996 and The Coalition Years: 1996 – 2012. He had, in all, penned ten books covering economy, politics, political history and personal memoirs.

Commenting on mercy petitions, Sharmistha said, “On mercy petitions, the President is the last hope. The modern justice system is more towards reform than punishment. From that perspective President is the last hope and one signature determines the future of others. My father said he could not sleep at nights it was a difficult call but he never sat on a decision and felt that if the judicial system had given the decision he would go with the government.”

There are various new schemes in this new budget which would further boost Science and Technology ecosystem in the country: Dr Harsh Vardhan