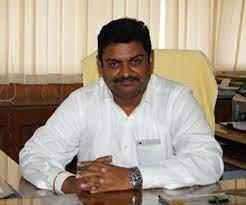 By India Education Diary Bureau Admin On May 18, 2021
Share

After a detailed review, the Secretary asked the concerned officials to complete the ground work in order to implement Jal Jeevan Mission smoothly.

He also asked the officers of PHE, Irrigation and Flood Control department to complete all the works by August 2021 under Languishing project.

M.Raju directed the officers of Social Welfare Department to include all the left out beneficiaries under the Social Security Schemes.

The Incharge Secretary also directed the SE Hydraulic to float the tender for completion of balanced works of Tawi Barrage within ten days.

During the meeting, summer preparedness of PDD besides water supply from Chenab River was also reviewed.

The Incharge Secretary instructed the officers to include those works in District Capex which are recommended by DDC, BDC or PRI members. He said that priority should be given to ongoing works in the District Capex.

M. Raju also enquired about the prevailing situation of Covid-19 in the district and asked the DC to take all possible measures to enhance related facilities and provision of relief to the people.

Central team of Doctors call for genome study, strengthening of surveillance & intensive testing to check spread of Covid 19 in Jammu