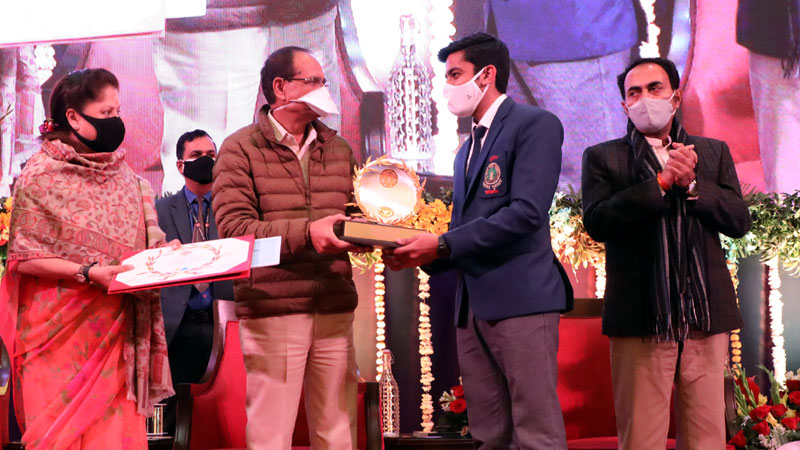 Bhopal : Chief Minister Shri Shivraj Singh Chouhan has said that sports is constantly developing in Madhya Pradesh and the time will come when our players will get gold medal in Olympic Games. Better training and facilities will be given to sportspersons in Madhya Pradesh. Also, care will taken to fulfil the needs of the players. Our goal is to prepare the best players for the country.

Six players of state in women’s hockey in Olympics

Chief Minister Shri Chouhan said that it is a matter of pride for the state that six players of Madhya Pradesh were included in the women’s hockey team in the last Olympics. This year again we feel proud of our two players of the state who achieved Olympic quota for India. When the medals hang around the neck of the players of the state, Mama’s head is held high with pride.

Chief Minister Shri Chouhan said that sports is continuously developing in Madhya Pradesh. Today, Madhya Pradesh is among the leading states of India in the field of sports. While our sports budget was Rs 5 crores in the year 2006, today it is Rs 150 crores. Further, there will be no shortage of funds for the development of sports.

Sports department deserves to be lauded

Chief Minister Shri Chouhan said that players of Madhya Pradesh are giving a wonderful performance in sports. Muskan Kirar of Madhya Pradesh won medals in archery and Harshita Tomar in sailing at the Asian Games 2018. For the development of sports in the state, the entire staff of the department including the departmental minister deserves to be congratulated.

Madhya Pradesh has brought two Olympic quota to the country

Sports Minister Yashodhara Raje Scindia said that it is a matter of pride for Madhya Pradesh that our players have brought two “Olympic quota” for the country. Aishwarya Pratap Singh and Chinky Yadav of Madhya Pradesh have secured Olympic quota for the next Olympics.

Minister Smt. Scindia said that Chief MinisterShri Chouhan is very sensitive towards sports .The Khel Alankaran Ceremony of 2019 was not organized during the time of the last government. Sports activities had stopped altogether. Chief Minister Shri Chouhan started sports activities as soon as he came to power and today the Khel Alankaran Samaroha of 2019 is taking place. Despite the Covid crisis, sports training is being imparted in the state amidst total safety and precautions since August. The programme began with rendition of national song Vande Mataram, M.P. song and Chief Minister Shri Chouhan performing kanya pujan. A sports souvenir was also released in the programme. The programme concluded with the national anthem.