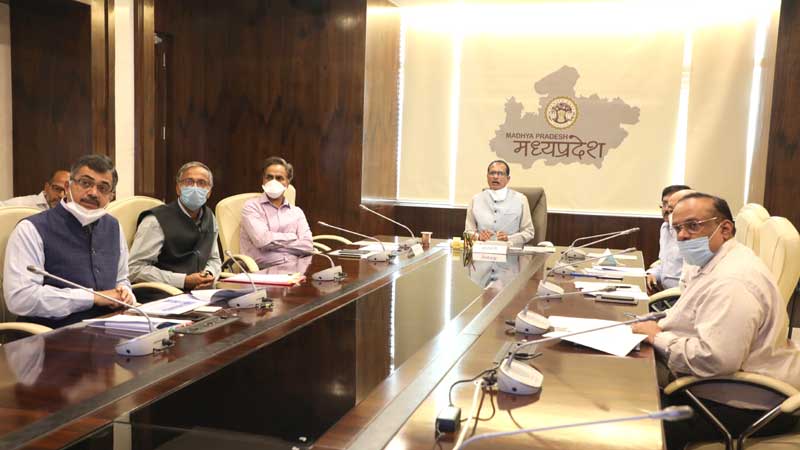 Bhopal : Chief Minister Shri Shivraj Singh Chouhan has said that the government is making available loan without guarantee to street vendors to run their businesses. Interested street vendors should apply for loans, they will be provided a loan of Rs. 10 thousand, he added.

Chief Minister Shri Chouhan said that it is a matter of pleasure that Madhya Pradesh tops in the country in implementation of P.M. Swanidhi Scheme (Street vendors scheme), but we don not have to stop here, we have to extend benefit of the scheme to every eligible street vendor of the state. Chief Minister Shri Chouhan was reviewing the Urban and Rural Street Vendors Loan Scheme at Mantralaya today. Chief Secretary Shri Iqbal Singh Bains, Additional Chief Secretary Shri Manoj Shrivastava, Principal Secretary Shri Manoj Govil, Principal Secretary Shri Nitesh Vyas, Banks State Co-ordinator Shri Mahurkar (via VC) were present at the meeting.

Chief Minister Shri Chouhan said that Madhya Pradesh is leading in the country in implementation of P.M. Swanidhi scheme. As many as 3.28 lakh applications of street vendors of the state have been submitted on P.M. Swanidhi portal, out of this, 2 lakh have been sanctioned by the banks and loan to 1.37 lakh street vendors have already been disbursed. He instructed that loan against sanctioned 63 thousand cases should be disbursed soon.

Amount will be transferred to accounts on ‘Dhanteras’

Chief Minister Shri Chouhan said that the amount will be transferred to the accounts of the beneficiaries against the cases sanctioned under the Rural Street Vendor scheme on Dhanteras, November 12.

The P.M. Swanidhi Scheme has been launched by the Government of India to reconnect urban street vendors with employment under Atmanirbhar Bharat. Under this scheme, there is a provision to provide a loan of Rs. 10 thousand as working capital to eligible beneficiaries for one year. The beneficiary will be eligible for additional working capital of up to Rs. 20 thousand in second year on timely repayment. Provision has also been made for special subsidy up to Rs. 1200 for doing digital transactions. Moreover, there is a provision of 7 percent interest subsidy by the Government of India on this working capital. The remaining interest subsidy will be given by the Government of Madhya Pradesh. On the same lines, Rural Street Vendors scheme has also been introduced by the Madhya Pradesh government.

First webinar with DRDO in country for New Entrepreuners

Australia’s capital Canberra: a wonderful place to live, learn and…

King’s College London: Research suggests over half of eligible…