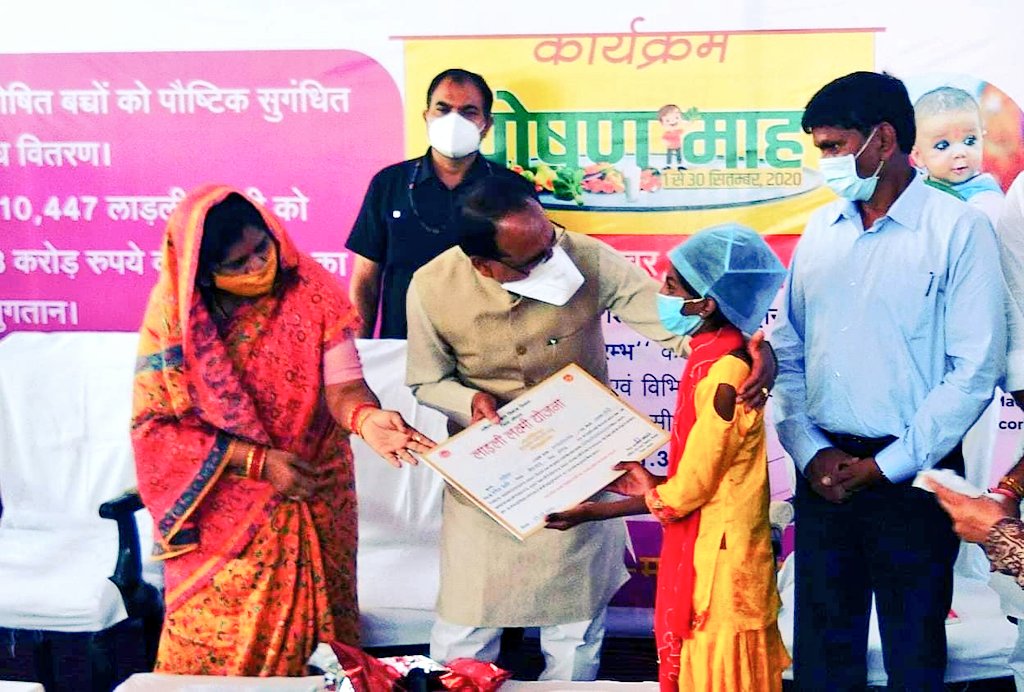 Bhopal : Chief Minister Shri Shivraj Singh Chouhan took a resolution to free Madhya Pradesh from malnutrition. A short term, mid-term and long term strategy has been chalked out in the state to eradicate malnutrition. A target has been set to reduce the existing child mortality rate of 56 per thousand to 25 per thousand by eradicating all types of malnutrition in the state. At the same time, a plan has been prepared to reduce the current maternal mortality rate from 173 per 10 lakh to 70 by strengthening maternal health services. Responsibilities of gram panchayats and urban bodies have been fixed to break the vicious cycle of malnutrition.

Chief Minister Shri Shivraj Singh Chouhan is taking initiative to free Madhya Pradesh completely from the stigma of malnutrition, from 17 September on the birthday of the visionary Prime Minister of India, Narendra Modi. Chief Minister Shri Chouhan has taken a pledge that no child of the state should remain malnourished. His slogan is ‘Swasth Bachpan tatha Surkshit Matritva’. No stone will be left unturned in the state to realize it.

The ‘Gharib Kalyan’ week is being organized in Madhya Pradesh from September 16 to 23. Programmes concerning different departments, related to the welfare of the poor are being organized everyday under the week. On September 17, nutritious, flavoured milk will be distributed to malnourished children of all Aaganwadi centres in the state. Chief Minister Shri Shivraj Singh Chouhan will duly inaugurate the programme through video conferencing from Bhopal on September 17 at 12.00 noon.

Nutritional management strategy of 52 districts of 97,135 rural/ urban ward and the state ready for resolution of a well-nourished state.

Registration of more than 36 lakh girls under Ladli Laxmi Yojana so far.

Under the Pradhan Mantri Matra Vandana Yojana (PMMVY), an amount of about Rs. 10.12 crore is being distributed to over 50 thousand beneficiaries.

Production of Kodo-Burfi and Kodo-Khichdi by Tejaswani groups of Dindori district.

Buildings of new 601 aaganwadis to be dedicated.

Plantation in about 50 thousand aaganwadis under ‘Nutri Garden’.