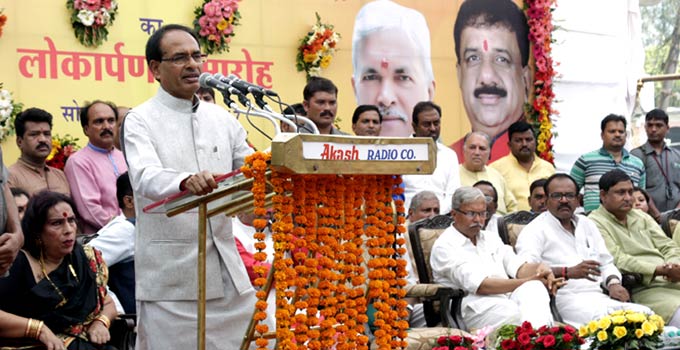 Bhopal : Chief Minister Shri Shivraj Singh Chouhan said that a grant of Rs. One lakh 50 thousand will be given by the State Government in addition to the grant being provided to the transgender by the Union Government for house construction under the Pradhan Mantri Awas Yojana. Shri Chouhan was addressing the programme held to dedicate the toilet constructed for transgenders in Azad market near Ganpati Chowk, Mangalwara here today. He mentioned that transgenders’ panchayat will be organised shortly. Transgenders are respected citizens of India. The state government gives respect to them and the government will use their services in positive works.

Mayor Shri Alok Sharma said that the state government is sensitive towards all the sections of the society. With the same sentiments, the Municipal Corporation has made efforts to provide quality life to the transgenders. A public toilet has been constructed for them. At the initiative of the corporation, now transgenders have also been included in the Pradhan Mantri Awas Yojana. Now Pucca houses wil be provided to them under the scheme.

It may be mentioned that Public utility center constructed by the municipal corporation is first toilet of the state and the country. Beside all the basic amenities, separate entrance gates have been provided for women, men, differently-abled persons and third gender in single premises.

Vande Matram and Vaisnavjan Bhajan was presented by Sushri Suhasini Joshi and her team in the programme. Vote of thanks was proposed by the Corporator Shri Sanjeev Gupta.