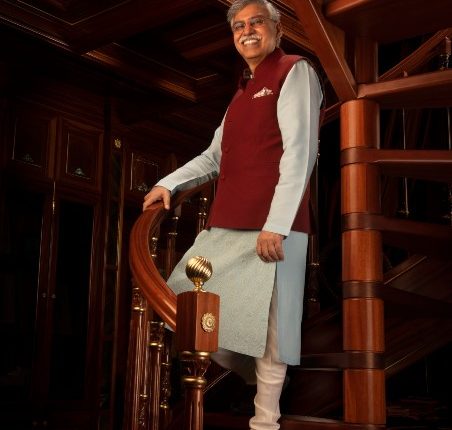 Bhopal: ‘Hero ki Kahani’, the Hindi version of the national bestseller, The Making of Hero, authored by Sunil Kant Munjal is all set to be launched on the 25th of this month in the city of lakes, Bhopal, by Madhya Pradesh Chief Minister Shivraj Singh Chouhan.

The book is available on pre-order on Amazon India and will be available at leading bookstores across the country post the launch.

The Making of Hero was published by HarperCollins Publishers India in January, 2020 and went on to feature in the Top Ten bestsellers list over first four weeks of its launch (Nielsen ranking). The book also won the Business Book of the Year 2020 award at the Tata Literature Live! Festival. The Hindi edition- Hero ki Kahani takes the Hero story to the Indian heartland.

“After the English edition was published, we received feedback from several quarters that the story needed to be read and imbibed by a wider audience. We wanted this Aatmanirbhar Bharat experience, which is written simply for easier readability, to reach people without the barrier of language. This is a story of how Indian entrepreneurship evolved through difficult times; it narrates the circumstances in which my father and uncles lived and how they laid the foundations for Hero. We simply had to share the story with a wider audience, so that they too might aspire for success and a better quality of life,” revealed Sunil Kant Munjal, Chairman, Hero Enterprise.

Expedite vaccination of Jail Inmates, staff as per Govt…

This saga traces the journey of the Munjal brothers from the by lanes of Kamalia and Quetta in Pakistan to Ludhiana and is set against the backdrop of India’s evolution in the decades before and after Independence, leading up to the new millennium. The chapters recreate many of the efforts made by the brothers to provide for their families and to build sustainable businesses, and how the foundations they laid helped create a world-scale organisation.

Vikas Rakheja, Managing Director, Manjul Publishing House says, “We are delighted to bring out the Hindi version of this wonderful story. This tale is inspiring, full of interesting anecdotes and showcases the Hero’s time-tested tenets of hard work, relationship-building and integrity. Along with their own journey, this book also traces the journey of our country through multiple eras.”

Hero began its journey in the 1950s by trading in and manufacturing bicycle parts. In subsequent decades, the founders diversified into bicycles, mopeds, automotive parts, motorcycles and scooters, and today the restructured group also encompasses service businesses and infrastructure. In 1986, thirty years after its inception, Hero Cycles became the largest bicycle maker in the world. In the next fifteen years, the motorcycle venture Hero Honda also became the largest in the world, and both pole positions are held firmly even today.

The book is being published by Manjul Publishing House.

64% Children worry that without additional educational support they will not be able to cope up with curriculum and may drop out; ChildFund assessment report