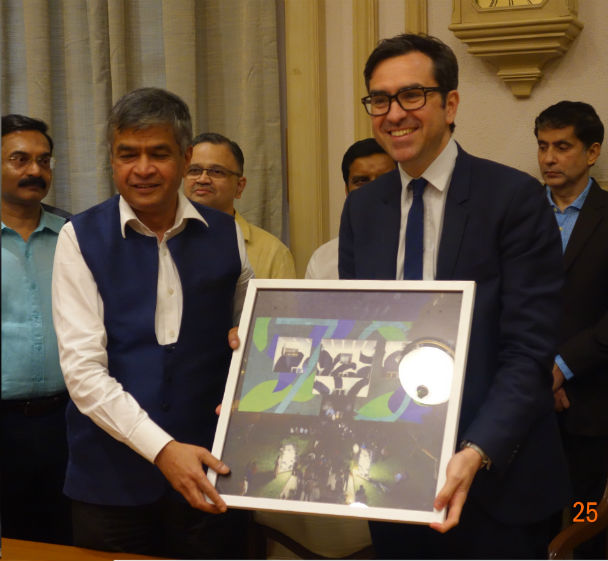 The MOU’s areas of work highlight the work of the British Council over the last 70 years, which were referenced by Hon’ble Prime Minister Modi during his visit to London last week. The Joint Statement of Prime Ministers May and Modi released during the visit said: The leaders welcomed the 70th anniversary of the British Council in India and its work to train teachers, deliver skills programmes for youth, and support cultural exchanges.

As a result of this MoU the British Council hopes to expand its existing work in the state, where in recent times, it has trained more than 100,000 teachers benefitting around 5 million learners, with a further 30,000 teachers across Maharashtra to be trained under a new agreement to be signed with the Tata Trust. Over the last year, there have been 12 partnerships between higher education institutions in Maharashtra with the UK under the bilateral UK India Education and Research Initiative. Young researchers and students from the State have been travelling regularly to UK for higher education and professional development through Scholarships from the UK like Commonwealth, Chevening, GREAT, CWILT and most recently the British Council’s own 70th Anniversary Scholarships which have provided opportunity for 14 young women from Maharashtra to study Master’s Degrees in STEM in the UK. In the arts, the Government of Maharashtra and the British Council worked together to install the Museum of the Moon at the iconic Gateway of India, which provided a spectacular artistic and scientific experience for more than 150,000 people, and the British Council has promoted Mumbai musicians to people around the world through Mix the City Mumbai.

The areas of potential collaboration include developing further initiatives to improve English teaching and enhance employability skills in schools and training institutes, building capacity in higher education and research and further co-operation on inspiring hundreds of thousands of people in the state through arts and culture.

Alan Gemmell OBE, Director British Council India said: “I am delighted to be able to sign this MoU with Maharashtra, which both acknowledges the strength of co-operation to date and sets out our shared ambitions for co-operation in the future in the year my organisation is celebrating its 70th anniversary in India. Every day in those 70 years we have been inspired by India. And, with the rest of the world, we continue to be inspired by the creativity and talent of Maharashtra’s artists, its young people and its teachers and educational institutions that power India’s economy. Through the MoU we have signed today, we hope to support the Hon’ble Chief Minister’s vision for the youth of the State to be more employable nationally and internationally, have better learning outcomes for school students, seek greater cooperation in the higher education sector, and enhance cultural collaboration between Maharashtra and the UK.”

Shri Sumit Mullick, Chief Secretary, Government of Maharashtra “The Government of Maharashtra and the British Council have co-operated together very successfully over recent years, as witnessed by extensive programmes to develop English language teaching and learning, nascent programmes to build capacity in our universities and exciting programmes in the arts, such as the Museum of the Moon at the Gateway of India. I am delighted therefore to have signed this MoU today to signal our commitment to boosting this co-operation yet further – working together to improve the employability skills of our young people, the quality of teaching and learning in our schools, training institutes and higher education institutions and strengthening cultural collaborations – the Moon was just the start – maybe in years to come we will see an entire solar system at the Gateway of India!”