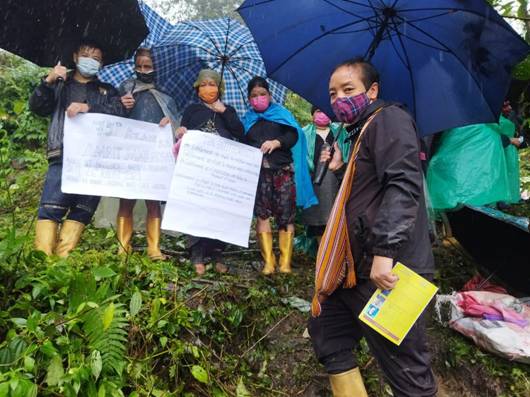 New Delhi: As part of the Azadi Ka Amrit Mahotsav, States/UTs conducted Entitlement Awareness Week to make workers aware about their rights and entitlements under the Mahatma Gandhi NREG Act. The week was observed between 27th August to 2nd September 2021. Mahatma Gandhi NREGA provides a number of legal entitlements to the job seekers through a series of provisions in the Act.

Numerous initiatives were taken by the States/UTs to make the Entitlements accessible to the public. States/UTs coordinated various activities in their respective districts, block and gram panchayats. To facilitate the workers, Gram Sabhas were conducted at Gram Panchayat Bhawans in various district, while some of the districts reached out to the workers at work-sites. Mahatma Gandhi NREGA beneficiaries, functionaries and officials from States/UTs have actively participated with enthusiasm. These entitlements awareness drives will enable beneficiaries to gain maximum benefit from the Mahatma Gandhi NREG Scheme.