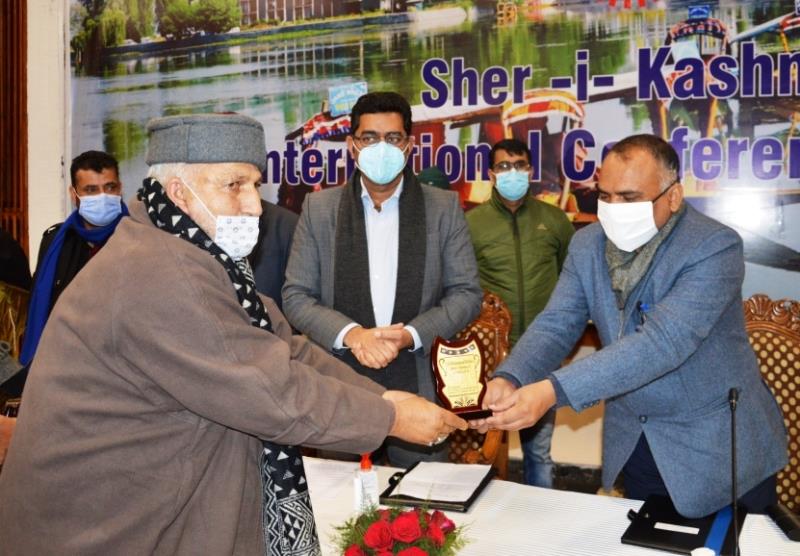 This was stated by the Div Com at an oath ceremony of DDC members held at SKICC Srinagar, today.

While addressing the gathering, the Div Com congratulated the elected members and said that the DDC election has realized the dream of Mahatma Gandhi’s Gram Swaraj adding that with this the dawn of new development in J&K has begun.

He assured the DDC members that the administration will extend all logistic support to them at all levels. He expressed hope that they, the DDC members, will resolve the developmental issues of the people at grass root level.

The Div Com said that from now onwards people need not to approach divisional or district administrations for the purpose of basic amenities, and can apprise their respective constituency members about their issues and subsequently the DDC members shall facilitate them in fulfilling all their developmental needs.

Regarding the availability of funds to District Developmental Councils, the Div Com said that the annual budget of districts from next financial year will be prepared and decided by DDC members.

Meanwhile, Div Com also distributed mementos among the DDC members of district Srinagar, who took oath during the event.